Workers in Asia are most optimistic about new job opportunities

HR heads are pessimistic about the labour outlook for the final quarter of 2014, with 44% anticipating unwanted employee turnover, an increase of 5% over the last six months.

In turn, employees across Asia have expressed the greatest optimism in the availability and quality of employment opportunities (54.9%), compared to a global average of 49.3%.

The report found despite an increase of job seekers in Asia, a majority are passive (47%), rather than active (23.2%). India leads the highest number of active job seekers at 59.3%, followed by Indonesia at 52.2.%, and Malaysia and the Philippines at 51.6%. 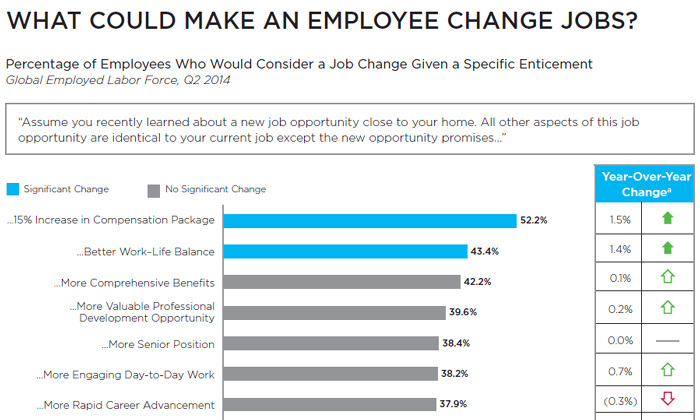 The findings also point to the factors most likely to attract candidates – with compensation, work-life balance, and stability emerging as the top three.

Regionally, there was were some differences in opinion; job seekers in China place prime importance on compensation (69.4%) and development opportunity (37.8%) while employees in India and Southeast Asia state work-life balance is their top priority (39.1% and 44% respectively).

What do employees care about the least? Employees in China said ‘location’, those in India said ‘innovative work’, while respondents from Southeast Asia said ‘recognition.’

In both the United States and United Kingdom, employees were least affected by ‘vacation’.

The new centre will focus on expansion in capabilities and talent to support the company's growth. ..

The firm's Kuala Lumpur office will engage core offshore personnel, and onshore technical support, among others...

Almost a third of foreign worker applications rejected in Malaysia

The applications submitted have been rejected for failure to comply with the minimum standard guideline for worker’s accommodation..

Additionally, the annual average long-term unemployment rate for residents is now at its highest since 2009...

Want to know why your staff don’t trust you? Check your phone

Actually, don't. Study claims bosses who check their phones in a social setting cause staff to feel less satisfied with their firm..