Who are the best multitaskers at the workplace?

In a world where the constant chatter is about technology, RingCentral’s 2018 global study of 2,000 knowledge workers across the US, UK, and Australia studied the impact of workplace apps, specifically for business communication.

With half of workers using four or more communications apps (e.g., phone calls, texts, web meetings, video conferencing, team messaging), seven in 10 (69%) of employees report wasting up to an hour a day navigating between various apps, (roughly, about 32 days lost per worker every year).

Yet, some people thrive in chaos. So who is holding their head above water while the rest struggle to stay afloat? A deeper analysis of this study found that women are holding their own in the age of app overload, when asked to expressed their annoyance levels in 14 less-than-deal scenarios.

In all 14 scenarios explored in the research, men found navigating multiple apps more annoying than women did. The biggest gaps between genders were in the following scenarios:

● More than half (55%) of men find navigating apps more annoying than trying to lose weight, compared to 47% of women.

● 50% of male respondents find navigating apps more annoying than dealing with an insurance company, compared to 42% of women.

● Two in five (40%) of men find navigating apps more annoying than their laptop freezing, compared to 35% of women.

● 46% of men find navigating apps more annoying than someone chewing with their mouth open, as opposed to 40% of women. 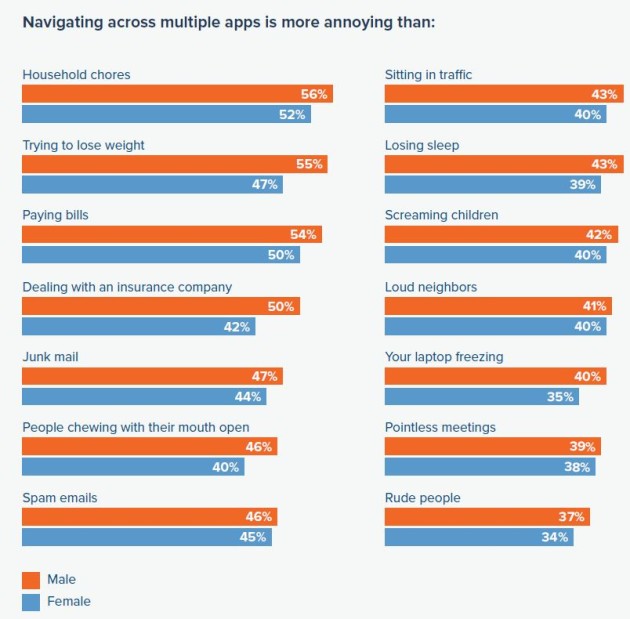 Workers 55 years and older are bucking the trends in communication apps. This group uses significantly fewer apps than any other group of workers—less than half use more than three apps regularly. They also use communications apps with less frequency— only 2% navigate apps more than five times an hour.

With this group spending less time navigating various apps, they feel a lot less overwhelmed by their communications load. 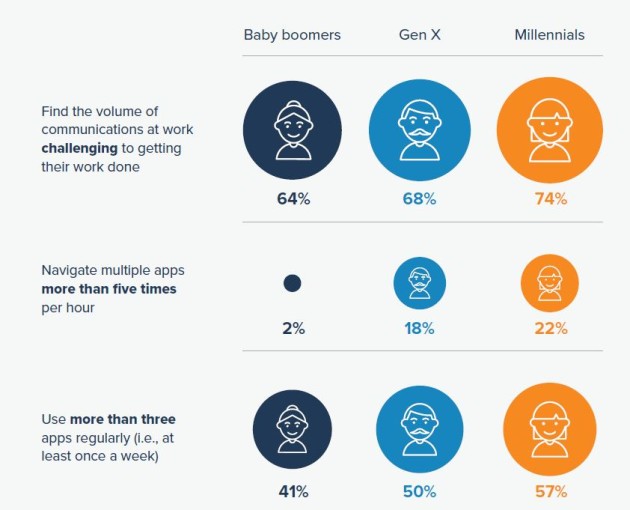 Hong Kong plunges in rankings of most expensive cities for expatriates

The Swedish home furnishings retailer will hold a walk-in interview fair from 27 July to 29 July to fill the roles...

No vacation for nearly 40% of China’s white collar workers

While companies do officially offer an annual leave allowance to their staff, they make it very hard to justify applying for it...

How HR can become a business superstar

To be a superstar, it is critical for HR to speak the language of numbers that the business is familiar with...

Behind the façade of cold job seekers

Stanford research found that Hong Kong job seekers show less enthusiasm at interviews, but how should you look at it?..