Times Higher Education has launched its first Asia-Pacific University Ranking 2017 to showcase the region’s growth in the higher education sector. 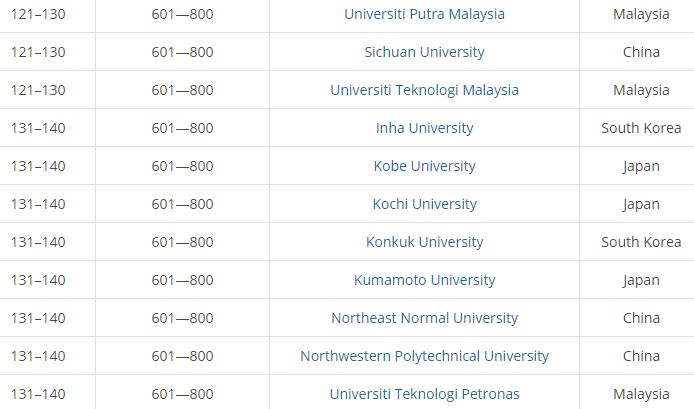 Meanwhile, Japan is the most-represented nation with 69 universities featured. China is in second place with 52 universities, while other countries with a strong presence in the ranking include Australia (35 universities), Taiwan (26), South Korea (25) and Thailand (nine).

Although this list uses the same performance indicators as the THE World University Rankings 2016-17, the weightings were adjusted to reflect the younger profile of some of the universities in the region.

Women with wide faces are less likely to get hired

Leung Ka-wing, former news chief of ATV, has replaced Roy Tang Yun-kwong. What does this mean for the future of RTHK?..

From next year, employers in Singapore must consider local talent before hiring foreigners. But new research shows nearly half of ..

Nope! These staff members just look tiny because the network bosses have given them all GIGANTIC 1.4m-wide touchscreens. ..

The MTUC is urging the Labour Department to be harder on employers who don't abide by the country's new retirement age of 60. ..