The generation with the laziest work ethic

Polling 9,468 people across APAC (including Singapore, Hong Kong, Malaysia, and Australia), online research firm YouGov revealed that while a fifth (19%) of 16-24 year-old admitted to having a lazy work ethic, just 5% of those over 55 believed themselves to be lazy. 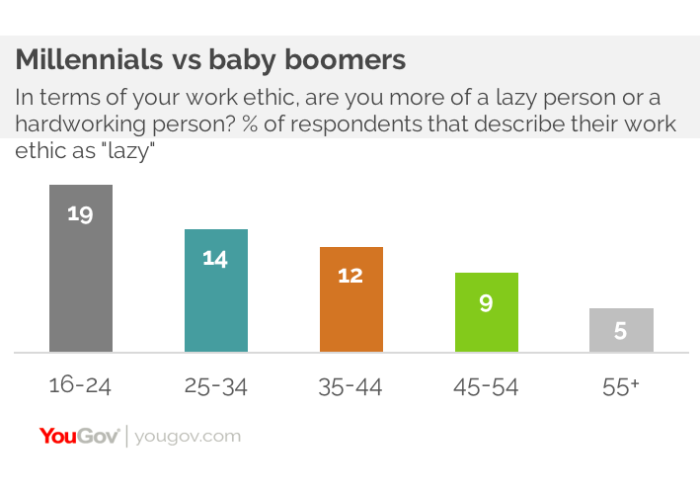 Similarly, in Singapore, 19% of Millennials felt they were lazy, while only 7% of those over 55 thought they had lazy work ethic.

On a whole, almost three-quarters of APAC respondents (71%) described their work ethic as hardworking, with just 13% seeing themselves as lazy.

Australians were the most likely to see themselves as hardworking among all APAC respondents. Four-fifths of respondents in Australia (79%) believed that they are hardworking in the workplace. While 72% of Singaporeans had the same sentiment.

However, when it comes to walking or driving/taking public transport to go somewhere 1km away, Hongkongers were far less lazy than their regional counterparts.

Instead, those most eager to avoid walking 1km are residents of Malaysia (48%), Thailand (46%) and Vietnam (45%) who preferred to take public transport or drive.​ 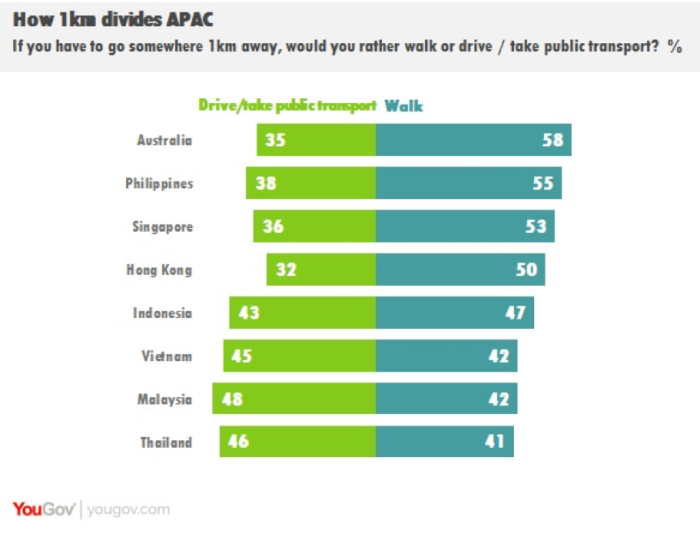 From CSR to CEO

What your staff are actually doing during conference calls

Staff admit to eating and watching TV while on mute during status meeting conference calls. Is it time to ban such meetings altoge..

Video: How employers in Hong Kong today support the disabled

The social media network is still struggling with ethnic and gender diversity, but has announced LGBTQ data for the first time...

The firms will work together to provide leadership assessment and development tools to clients in cross-border markets. ..