Andrew Thomas is no stranger at Ogilvy having worked with the company for a decade. Recently appointed the president of Ogilvy PR’s Southeast Asian and Indian operations, he talks about his journey so far and his favourite memories of Singapore.

How have you gotten to where you are now at Ogilvy?

Very much if you look in business, it is about the ability to be able to bring teams of people who have the right knowledge together in a collaborative way. In my role now, I look at the successes in this business, and it’s always been about running the business units.

It hasn’t been so much about attempting to know that I know everything – it’s knowing I can provide value, and where I can go to bring other people in to put that team together.

That’s an enlightened view of leadership. How would you describe your leadership style?

It depends how stressed I am! One of the things that just amazes me is the frustration of people who will struggle in silence versus knowing when they need to reach out. It’s a real strength to reach out and bring the right people in.

For me, it is all about staying focused on what I want us to achieve and what the company needs to achieve, and then going out and discovering the path of least resistance to that. 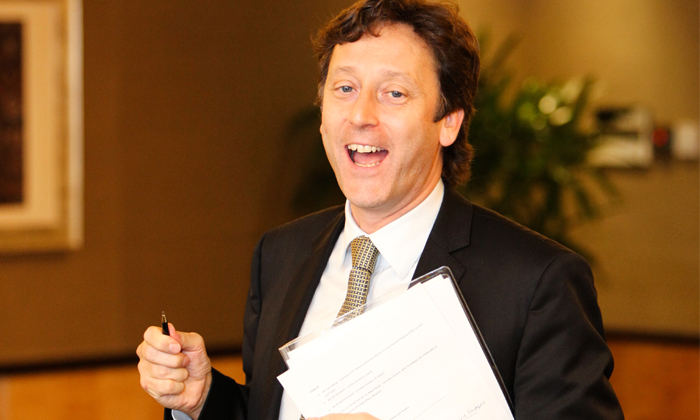 As a boss, what has been the most difficult decision you’ve had to make in your time at Ogilvy?
The toughest decisions are when you need to close a business unit down or let people go. For most leaders in most businesses, that’s always a tough decision.

What advice would you give someone who may be struggling with that?
Remove the emotional side of it, and make a clear business decision on what needs to be done. And then bring the individual element back to it, making sure you are respecting the individual who might have to be leaving the company. It is very important for a leader to remain focused on the overall sustainability of the business. Sometimes there are difficult decisions about individuals which have to be taken for the wellbeing of the business.

Once you’ve made that decision, stay single-minded on it and make a very quick and decisive decision.

Over the years, I’ve tried to accommodate people, I’ve compromised on what I know is right for the business, thinking things might get better, but it just puts off the inevitable. You may end up destroying the team spirit or undermining the credibility of what other people are doing by being indecisive around making a decision.

And when your employees or team members are going through a rough patch, how do you inspire them to keep carrying on?
There are a couple of things, and I think the most important is to change the environment or situation for them. There has to be some sort of action around it.

What doesn’t work is just having heartfelt conversations that momentarily make the individual feel better, but don’t actually address the real problem. Rather than just saying the right things, I think it’s important for leaders to have the right actions around that as well. Generally speaking in business these days, there are a lot of people who have learnt to say the right things and we’ve forgotten about the fact that it’s a value proposition, so there are always actions to go with it as well. 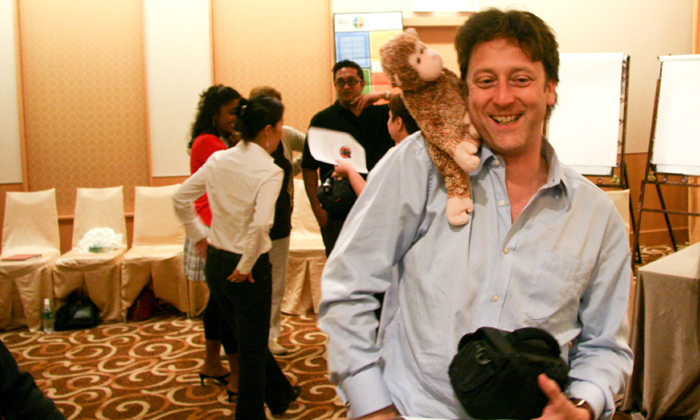 What do you think is the best thing about HR within Ogilvy?
It is that they survive and prosper in a very challenging environment. If you take our company and our industry, we are multi-generational, we’re a high-stress environment, and there are multiple styles of people. On top of that, we are in an industry where we have to be quite reactive because we’re serving the needs of our client so they cascade a lot of their challenges down to us.

And you’ve also got an environment where we bring in groups of people who are freelance or contract workers, so there’s volatility in the number of people going through the building.

The scope of HR is so massive because it’s dealing with people. There are so many layers, and if HR isn’t careful, it ends up always being reactive to those things.

Do HR leaders here have what it takes to be a CEO?
I can’t speak for the industry, but I know there are a lot of very smart, committed people who have chosen to be in HR because they very much believe in the importance of what they do, and in bringing together the talent in the organisation. There are definitely the right people to be able to do that.

I think it’s going to be interesting because HR certainly needs to rethink what HR is, and that needs people who can do that, who may sometimes be very difficult.

I think few people in HR would disagree that a decade from now, the function will be fundamentally different.

How do you unwind or relax after a particularly tough day at work?
I go running. Well, I say I go running, but really I puff and pant my way about five kilometres. I try to run at least three times a week, and I just find the problems of the day evaporate completely. I feel so much better for doing it.

For example?
The old man in Telok Ayer Street who used to change the tyres of the vans that would come down. Talk about plumber’s crack! His big baggy jeans would be … let’s just say the moon would be setting many times a day. And he would be completely oblivious to it. It was so funny, and he was such a lovely chap and wonderful character.

Or the karang guni man who would collect cardboard boxes and they would literally be one of the pyramids of Cairo balanced on his bicycle.

And walking around Cecil Street, where there was an open drain back then, and seeing a myriad of brilliantly coloured salt water fish darting up and down the storm drains.

But now, because of where Singapore is at, I get a lot of those same delights and sights as I travel through the region. The need and opportunity to understand those differences is absolutely wonderful. 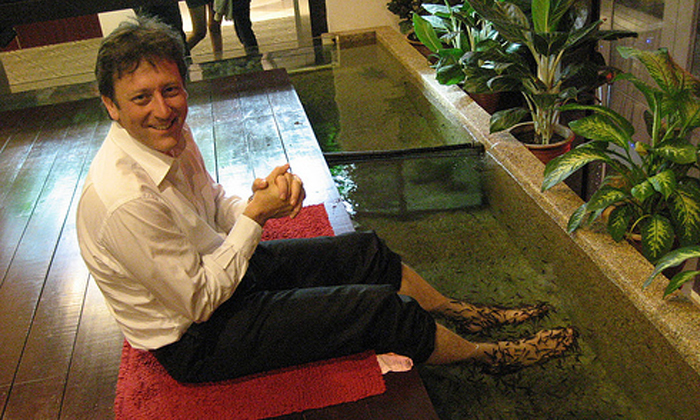 And what are you most excited about to be working on at the moment?
What’s always very interesting is how we are able to work – we’re thinking about ways to work that go beyond geography. We’re looking at bringing the smartest people together in the most efficient way, and recognising those people will work together as a team.

Five tips for conducting your next performance review

Often underrated, a performance review may just be what your employees need. Use these tips when conducting your next appraisal...

Take your staff on a learning adventure

Why learn in a classroom setting when you can go on an interactive learning expedition, emphasises WDHB Strategic Learning...

Want to get rid of your boss? Häagen-Dazs has a way

Want to get some freedom by sending your bosses away for two weeks? All you need to do is wave your hands. Yes, wave...