Study reveals we like to have sex, work on the toilet in the mornings

If you’ve ever wondered exactly what people get up to at home in the morning before starting their day, now you know.

IKEA’s latest Life at Home survey decided to take a look at the morning habits of more than 1,000 people from Berlin, London, Moscow, Mumbai, New York, Shanghai and Stockholm to find about more about how we tend to operate once we wake up.

Why this survey was conducted, I’m not entirely sure, but now we are privy to statistics such as 17% of New Yorkers like to work while sitting on the toilet and 13% of people from Mumbai like to have morning sex, which is all very important information.

The study covers quite a lot of ground, and the digital version of it, which includes a “data mixing board” letting you compare cities by different variables, is actually pretty cool.

So because it’s Friday, here are some of the more interesting statistics to come out of the survey.

Who knows, you might learn a thing or two about the morning habits of your employees. 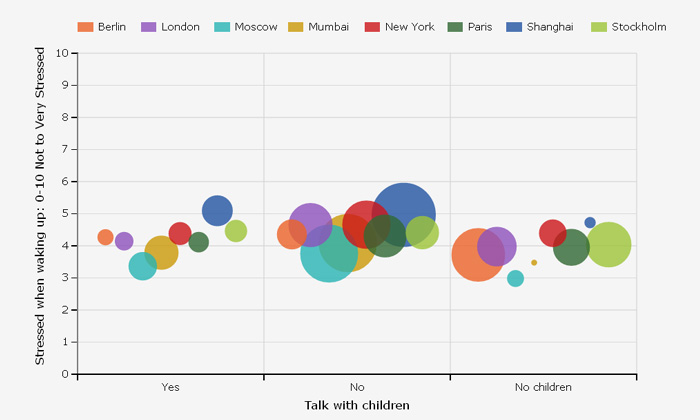 Go here for the full survey.

MOM report: Singapore salaries up by 5.3%

Employers are also given incentives, with on-the-job training support of S$16,000 for the first three years, for each trainee that..

Minister for Manpower on retrenchment, income gap, and upskilling

He reinforced that the Employment Act does not mandate retrenchment benefits, and the quantum remains at the employer’s discretion..

To help more workers settle disputes and over salaries and contracts, the government is considering extending the Tripartite Media..

Employees may still find a gap in medical coverage for chronic or major illnesses...