Singapore the 7th most expensive country for expat kids’ schooling

The recent ExpatFinder International School Fee Survey 2016 has found that Singapore is the 7th most expensive country for international education. Designed to provide guidance on navigating cost challenges relating to global relocation, the study bases its ranking on a comprehensive market survey of 707 international schools across 98 countries.

The annual survey also captures sentiments around international school fees to not only highlight challenges for expats, but also opportunities for companies to remain attractive to foreign talent.

Not far behind with fees above US$20,000 per annum, the countries that make to the top 10 out of 98 countries (in descending order) are United Kingdom, Hong Kong, United States, Singapore, Malaysia, Austria and Australia. 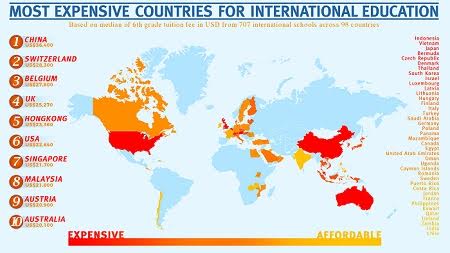 According to the report, annual tuition fees fluctuate from as high as US$48,170 in Switzerland’s Institut Le Rosey, to as low as US$860 in Colombia’s Colegio Anglo-Colombiano among the 707 international schools surveyed.

Here are some of the most expensive schools in the countries surveyed: 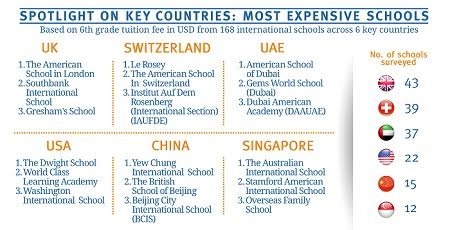 Stephen Park, head of global mobility at Fonterra commented: “Often, we find parents of younger children favour smaller and more intimate schools that are not necessarily the most expensive, but it depends on the child and how best to cater for their education needs. Given the rising costs of education and ability to access top schools in certain locations, we are noticing an increasing trend of short-term international assignments and commuting assignments where children remain in the home location.”

The survey had also identified several price trends that companies should consider when deriving expatriate pay and benefits packages: 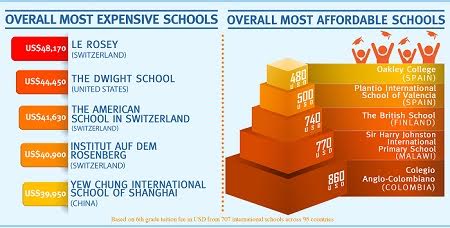 HR job moves of the week from Essilor, Infosys Consulting, Citi, and more

Hong Kong salary outlook 2017: Up to HK$1.5m per annum for HR directors

Minimum enclosures, open spaces, and working where you're comfortable - these are the elements of this creative workplace. ..

Would you ask these 10 questions in a job interview?

"If you were asked to unload a 747 full of jelly beans, what would you do?" I'd probably outsource it to my sugar-loving team...

The probe covers at least 215 different human resources claims, 57 of which are still being investigated...

Chinese New Year Traditions that you may not know

From ancestor worshiping to delighting in auspicious foods, here are some of the traditions to look forward to this Lunar New Year..