Salary expectations among students in Malaysia at a new low

With a tightening talent pool and increased competition for candidates, a brain drain is the last things employers in Malaysia would want to see happening.

According to the Universum Talent Survey, the expectations of salary play a big part in determining whether or not a country experiences a “brain drain” or “brain gain” – and Malaysia currently has among the lowest salary expectations in APAC.

Both engineering and business students are expecting to earn less than US$15,000 per annum.

Among the other countries in the region with low salary expectations are Vietnam, Indonesia and Pakistan, all expecting to earn around the $10,000 mark a year.

On the flipside, Australia, Japan, Singapore and Hong Kong have the top four highest salary expectations in the region among both sets of students.

“While there might not be a perfect correlation between salary expectations and overall national economic strength, it does demonstrate that APAC students are reasonable in their salary demands,” the report noted.

The report also highlighted that even in salary expectations, APAC countries saw a gender gap, with Singapore having one of the lowest such gaps.

This emphasises that despite efforts to promote gender equality in the workplace, Asian countries still have some work to do.

“Without strong reforms in each APAC country, expectations of lower income for women, as well as the overall pay gap, will persist,” the report added.

At Deutsche Bank’s fifth annual Women in Asian Business Conference (WAB) which Human Resources attended yesterday, Tan Sri Datuk Dr Rafiah Salim, head of NAM Institute for Empowerment of Women in Malaysia, explained how the case for gender equality in the nation is slowly being pushed through.

Having worked as the assistant secretary general for human resource management at the United Nations HQ in New York, she shared how the UN had a global mandate of staffing 30% of all decision-making positions with women.

“If you don’t set a target, you will not achieve it,” she pointed out.

She also set forth the reason why so many board-level positions lack a fair balance of men and women, by pointing out the flaws in the board recruitment process.

“Decisions on such appointments are either made at the golf course or at the bar – and we, women are not there. It is not an issue of men being biased, but rather about them wanting to work with who they are comfortable.”

“We need a better system to this whole recruitment process.” 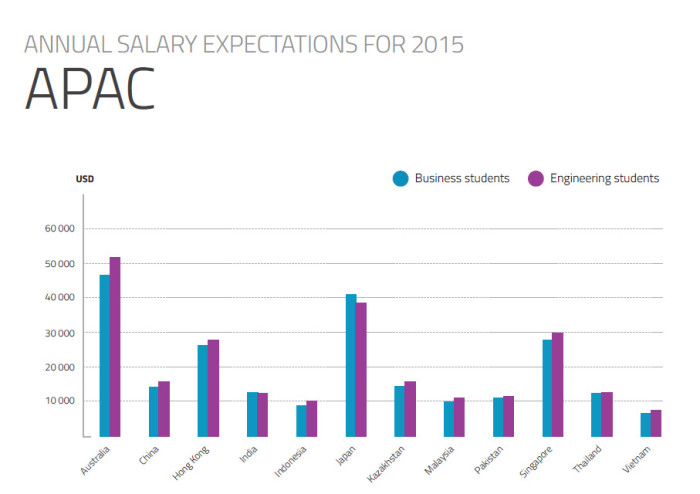 10 things that kill your company culture

The 100 best employers for working mothers

Nothing Grey about this workplace

LOOK at how Grey's new Singapore office helps staff cook up creative ideas and encourages them to have some fun on the job. ..

What to do when you catch staff shopping online at work

As holiday season approaches, more staff are shopping online during work hours - but only 15% have been told off by bosses...

HK Express must suspend the increase of new destinations, additional flights and new aircraft for the time being. ..

How to create a healthier, happier workplace

Change your office in eight simple ways and create an environment that employees love to work in...

This will result in conflicts of interest; instead, the government should look into increasing their wages, Wong asserts. ..