Do prettier people get paid more?

It has been well-established that physically attractive people have better chances of securing interviews, but did you know they also get paid more?

That is, according to a new study from Germany, which found a “beauty premium” is particularly apparent in jobs where there is a productivity gain associated with good looks.

These include jobs which require very extensive interactions with customers (such as sales assistants), where the effect of physical appearance can be quite significant.

Eva Sierminska, one of the researchers involved in the study stated the amount earned in this premium is different for women and men, and  varies across countries.

The highest beauty premiums were present in Germany and China, where respondents earned as much as 20%, with the returns being  particularly large for men overall. 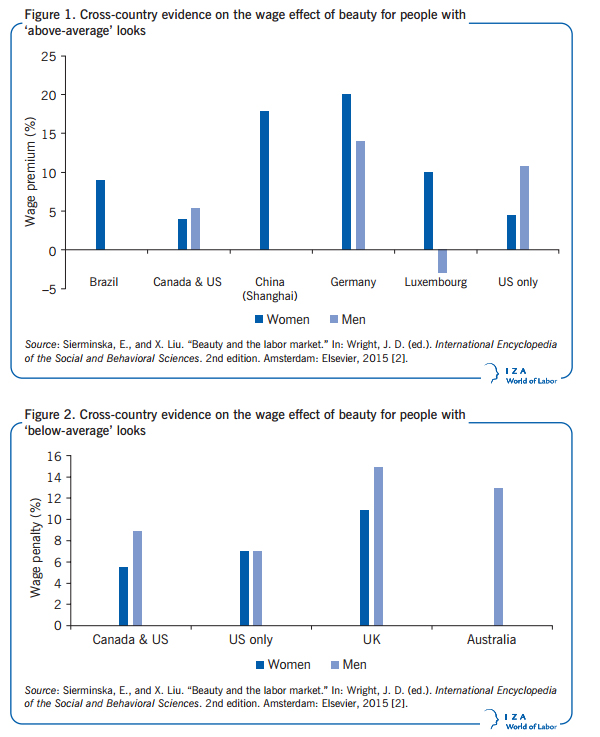 “The number of employment-related discrimination claims based on employees’ physical appearance is increasing,” the report stated.

“Policies to counter such discrimination are being introduced in a number of countries, but if they do not take into account the channels through which physical appearance is affecting labor market outcomes—such as employer discrimination, customer discrimination, productivity, and occupational sorting—they may fail to achieve their goals.”

Why women in Hong Kong are quitting their jobs

EPF employer services not affected by the fire

All transactions can be conducted as per normal at its other branches nationwide or online via the iAkaun app...

He wanted the psychological services in managing the country’s human capital to continue to be boosted. ..

Finance employers in Singapore and Hong Kong are losing sleep over the retention of top talent...

The finance, insurance and real estate sector has the highest hiring intentions, followed by the transportation and utilities sect..