A new research from YouGov found that less than half of young people across APAC believe they conform to gender stereotypes. According to the findings, on a scale of 0-10 (where 0 is completely masculine and 10 is completely feminine), under a third of women (31%) aged 16-29 say they are almost entirely feminine (at level 9 or 10), while nearly half (49%) of women over 45 do. 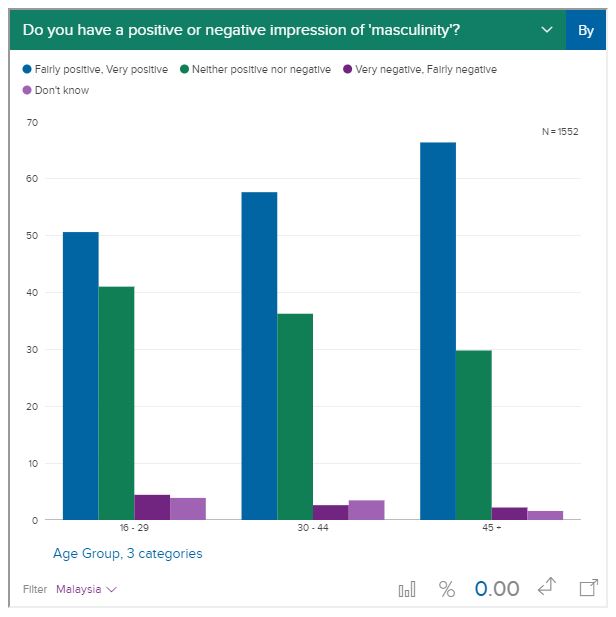 The generation divide is also seen in attitudes towards masculinity and femininity more generally; with 67% of those aged over 45 see masculinity as either very positive or fairly positive. On the other hand, only 58% of 16-29 year olds feel the same.

This divide is more muted when it comes to attitudes to femininity, though the trend is the same; 58% of over 45s view it as positive, compared with 54% of 16-29 year olds.

ALSO READ: How to develop your unconscious gender bias strategy

However, when asked to select three traits that respondents most associate with each gender, generations seem to converge.

In comparison, those over 45 identify strength (56%), assertiveness (31%) and decisiveness (25%) as the traits they most associate with masculinity; while sensitivity (47%), emotional (36%) and affectionate (32%) for femininity.

Yet, despite having shared ideas about what constitutes masculinity and femininity, the majority of those polled (56%) believe that they are social constructs. This view is most strongly held in the Philippines (68%), Thailand (60%) and Australia (58%), but is less widely held in Vietnam, where 39% of respondents agree.

APAC residents are also divided about the impact that gender roles have on society, with 39% agreeing that gender roles are a barrier to equality. While those in Thailand (49%), Singapore (45%) and Australia (44%) are most likely to believe this to be the case, just a quarter of Indonesians (24%) agree. 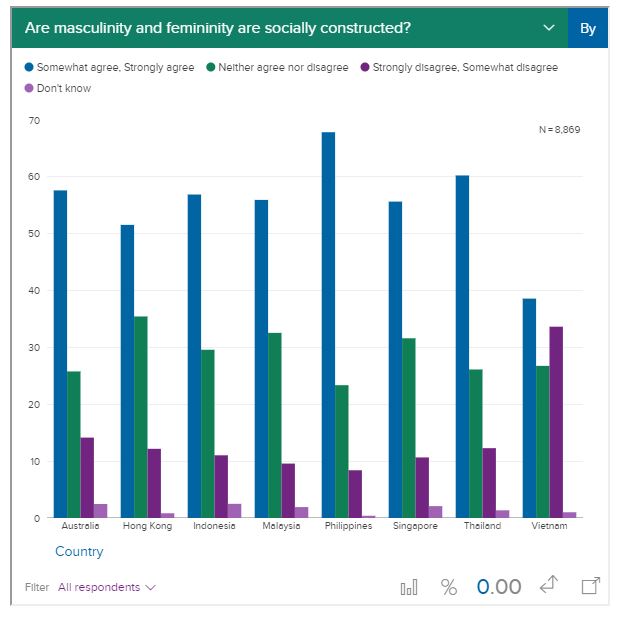 Manager sued for asking colleague: 'Are you the boss's mistress?'

WATCH a woman quit her job in front of millions

Together with actor John Turturro and a puppet, Gwen Dean decided to tell her boss she was done through an ad during this year’s S..

Ask a HR director: The state of Hong Kong’s MPF

We spoke to Benjamin Wong, HR director, Asia Pacific at Knorr-Bremse, for some quick insights into Hong Kong's pension system...

News in numbers: Workplace fatalities in Singapore during Jan-Jun 2017

Singapore's workplaces witnessed the deaths of 19 workers in H1 2017), with the most number of fatalities in manufacturing...

How to manage sleep-deprived workers

With Singapore being titled as the 3rd most sleep deprived nation in the world, the onus lies on leaders to handle sleepy employee..

As HR Minister Riot reveals locals will soon earn a minimum of RM1,000 monthly, the MEF worries about the implications of the poli..