In light of the tougher business conditions in 2016, and with a majority of firms having a flexible wage system which adjust wages according to business conditions, fewer employees received wage increases last year as compared to 2015, found the “Report on Wage Practices 2016” released by the Manpower Research and Statistics Department, Ministry of Manpower (MOM).

According to MOM’s report, between the last two years, the proportion of employees who received total wage increase also declined from 77% in 2015 to 75% in 2016.

At the same time, the proportion of profitable firms dipped from 79% (2015) to 76% (2016). This decline in profitable establishments was observed across major industries.

With a majority of establishments citing company and staff performance as determinants of wage increases and bonuses in 2016, unsurprisingly, the report found that more profitable firms continued to give higher total and basic wage increases and larger bonuses – profitable firms gave at least 2 months in quantum on average, compared to loss-making firms (1.31 months).

ALSO READ: All you wanted to know about salaries in Singapore this year 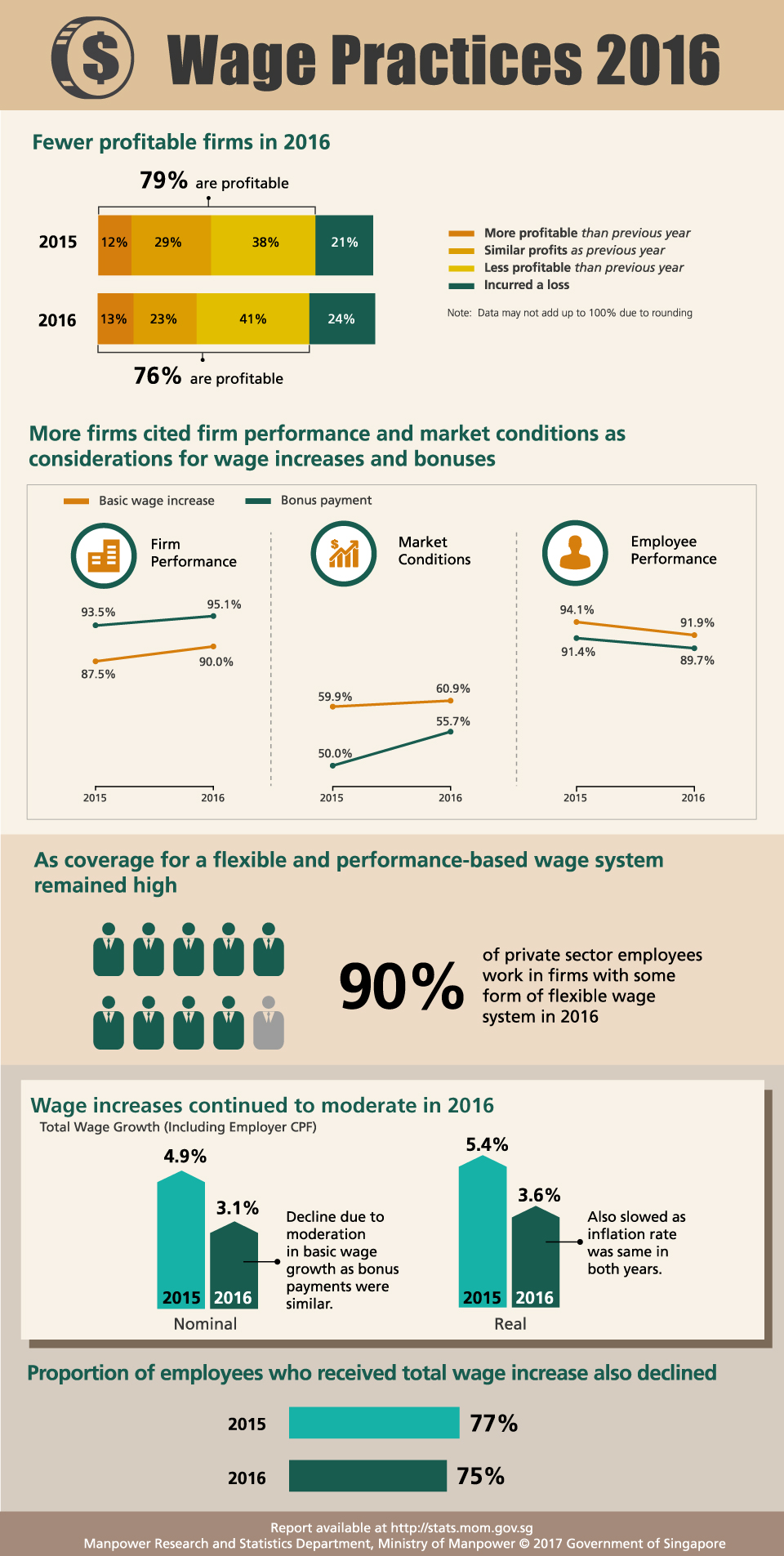 The Futurist: Be open to all comers

How Ramadan may boost staff productivity and well-being

Candidates unwilling to spend more than 20 minutes on job application

Candidates today expect things quick - two in three are unwilling to wait more than two weeks to hear back from an employer...

Tackling the talent crunch for digital analytics in Asia