Why Millennials love their pets more than their jobs

It’s no surprise nearly half of Millennials are planning to change jobs next year.

Jobs, in fact, rank super low in terms of what makes young professionals happy, according to new research by Blackhawk Engagement Solutions.

Canvassing Millennial employees in the United States, the report found jobs ranked 10th in the list of 12 factors which contribute to making them happy – behind factors such as music, and even pets.

Only 13% ranked jobs as one of the top three factors contributing to putting a smile on their face.

Interestingly, this low percentage was despite 65% stating jobs are important to their overall happiness.

What kind of rewards would make them happy? These are 6 items identified in the report: 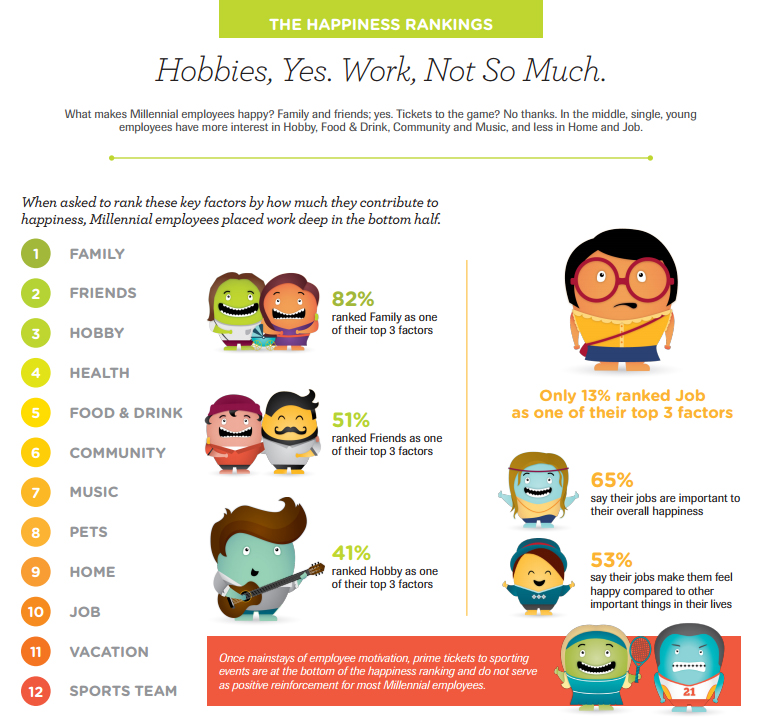 But rewards and recognition (R&R) was, precisely, the one factor which scored poorly in terms of what makes Millennials engaged at work – with only 40% saying they are happy with the R&R their company offers.

The report found several recognition gaps in terms of the rewards which Millennials want and those which are offered to them.

For instance, more than half (52%) of Millennials stated they would like a bonus programme at work, with only 36% stating their employers offer this to them currently.

Half also stated they would like recognition, but only 32% said their companies provide them this.

“64% of Millennials would prefer to be recognised for a personal accomplishment, as opposed to a team accomplishment. They also prefer recognition directly from a manager or via a companywide announcement, versus peer-to-peer,” the report stated.

When asked what they most wanted recognition for, 85% of Millennials want to be rewarded for exceeding personal performance levels,

Eight out of 10 (80%) stated they would like to be lauded for receiving a promotion, and 79% for exceeding team performance levels.

The report stressed that employers should focus more on providing the right types of rewards which Millennials actually want, especially because it found even little rewards “can deliver disproportionately large results”.

For example, 83% of employees stated would be happy to participate in quarterly safety awareness training – with a mere $25 reward for completing each component.

In addition, 77% stated they would be happy to complete after-hours training – also for a $25 reward.

“When rewards are offered, the happiness quotient almost triples,” the report concluded. 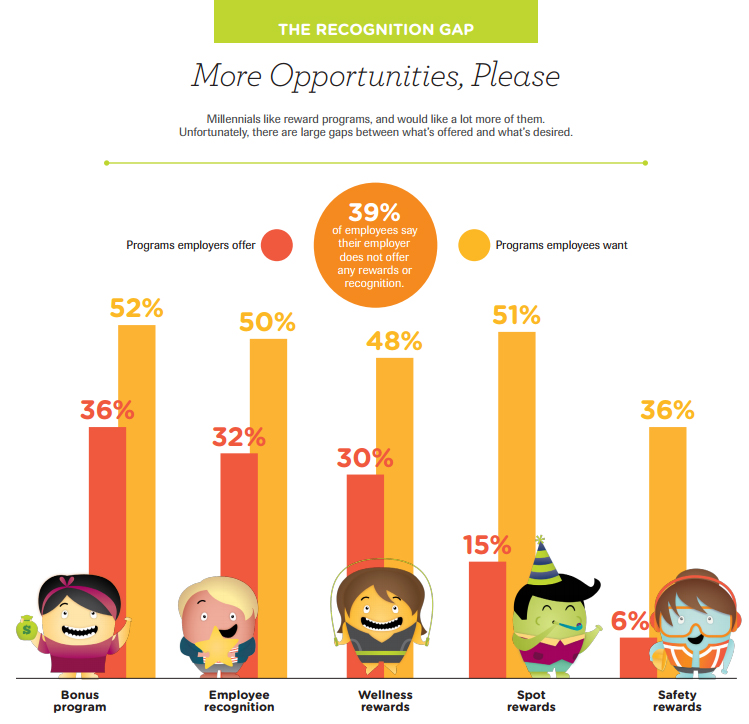 The dark horses of the workforce

Relationships, not careers, suffer most from an office romance

Find out which sectors plan to increase their headcount over the next six months as business confidence grows. ..

Learn how you and your colleagues can reduce the risk of sudden cardiac arrest during sporting events...

“Singapore must become a meritocracy of skills, not a hierarchy of grades earned early in life,” said the Finance Minister. ..