Median salary for male employees in Malaysia has increased by 7.3% 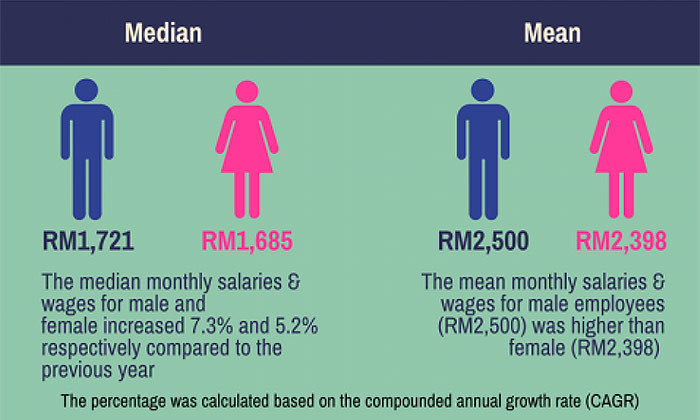 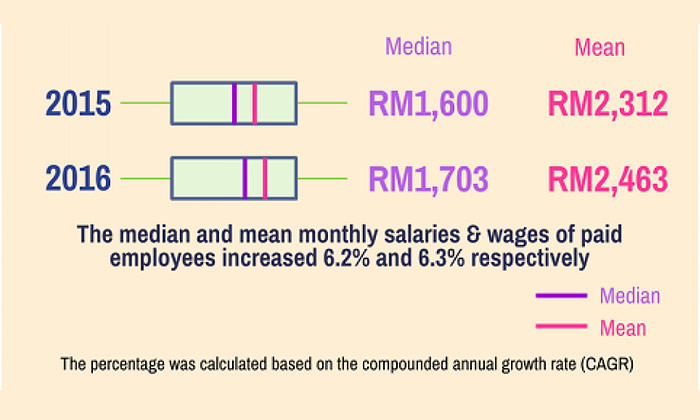 As for salaries by education certifications, the monthly salary of professionals with tertiary education was twice the amount received by employees with secondary education in 2015 and 2016.

On the other hand, employees with primary education recorded the median monthly wage of RM1,200 and mean salary RM1,327. 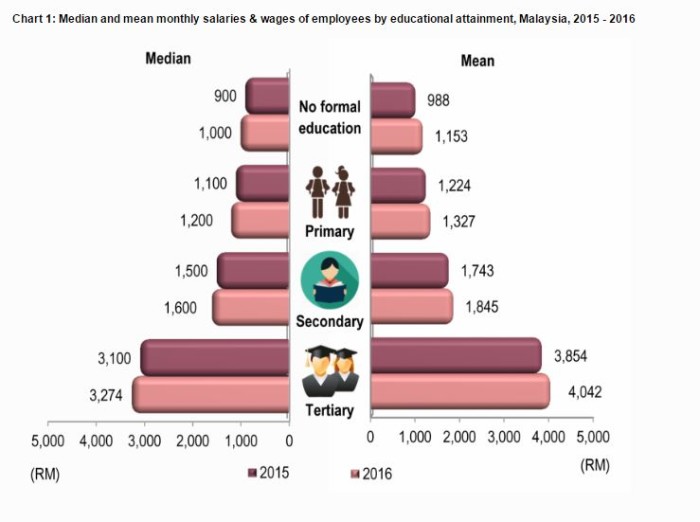 12,930 local staff were laid off in 2014, with firms citing restructuring as one of the top reasons for the layoffs...

Data from 10,000 people found women are no less likely to be hired than men, once they're included in the recruiter's candidate po..

The 2 new statutory boards will be established to drive the national SkillsFuture initiative, and ensure quality jobs for locals...

Which country has the happiest workers?

98% of Indian employees say they would keep working even if they won the lottery - more than those in the USA and UK...

Highlighting the value of timely interventions, the report noted that the top 10% of claimants attribute to 60% of all medical cla..