Median monthly salaries for staff in Malaysia have grown 7.7%

The Department of Statistics, Malaysia (DOSM) has released its annual Salaries & Wages Survey for 2017, which reports that the median monthly salaries and wages received by employees rose 7.7% per annum from RM2,000 in 2016 to RM2,160 in 2017.

On the other hand, the mean monthly salaries and wages increased to RM2,880 as compared to RM2,657 in 2016, at a growth rate of 8.1%. Both these figures represent compounded annual growth rate, i.e. CAGR.

The findings were presented by demographic and socioeconomic characteristics, namely in gender, educational attainment, and strata.

Meanwhile, the value of median and mean monthly salaries and wages for employees with tertiary education grew by 3%  and 7.7% respectively, both figures in CAGR. 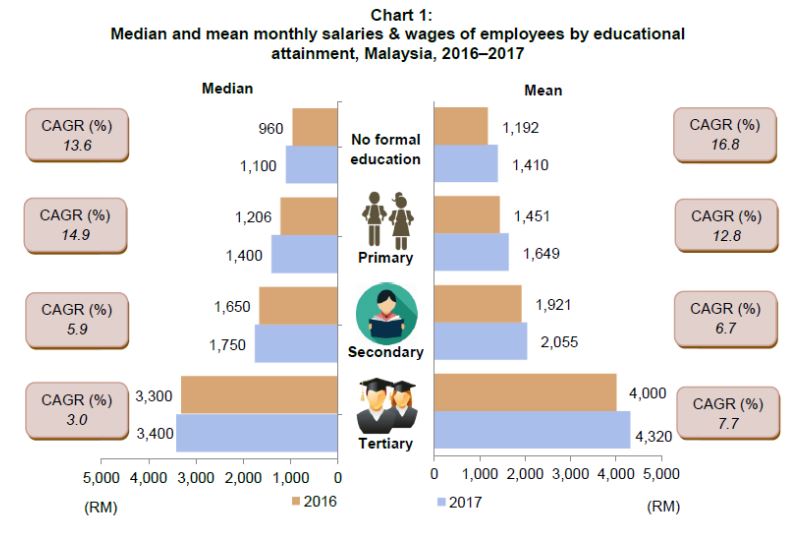 The CAGR in mean monthly salaries and wages of employees in both urban and rural areas was higher at 7.7% and 6.3% respectively. 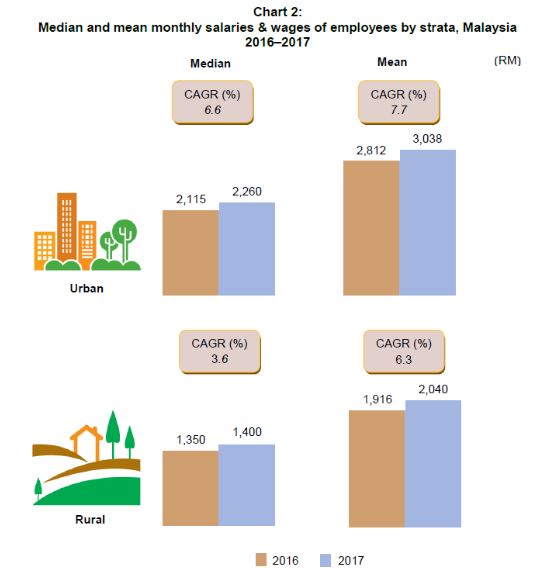 Depression is the number one mental health issue faced by expats

The most bizarre candidates

However, slightly over one-third (36%) are at least somewhat confident that they will be granted the opportunity. ..

Why you should let your staff travel

According to Contiki's global survey, travellers are 43% more likely to be satisfied with their employment opportunities...

83% of Malaysians say money is top priority while job hopping

Local marketing staff earn the highest median salary at RM109,608, but only 52% of overall staff feel they are paid fairly...

Brendan Eich has “chosen to step down” following rapid public backlash over a donation he made to California’s anti-gay marriage l..

Spacial Awareness: The rise of co-working

Third places - or work locations other than the office or home - are finally taking off in Singapore. ..