With the workforce becoming increasingly diverse, there are bound to be conflicting beliefs among co-workers. All is well if these conflicts can be peacefully resolved between the employees in question.

Unfortunately, most of the time, managers have to get involved. According to a new survey from Accountemps, executives today are being sidetracked by peace negotiations among staff when that time could be better spent negotiating business deals.

CFOs spend, on average, 15% of their time — or six hours a week — managing staff conflicts, on par with similar studies conducted as far back as 1991.

“Company leaders should proactively look for ways to build rapport among colleagues to help curb issues before they arise.”

Steinitz added, “It’s unrealistic to expect workers to get along all the time. But not every issue needs to be escalated to management. Employees who can properly handle conflict with tact and diplomacy are in a better position to assume leadership roles in the future.” 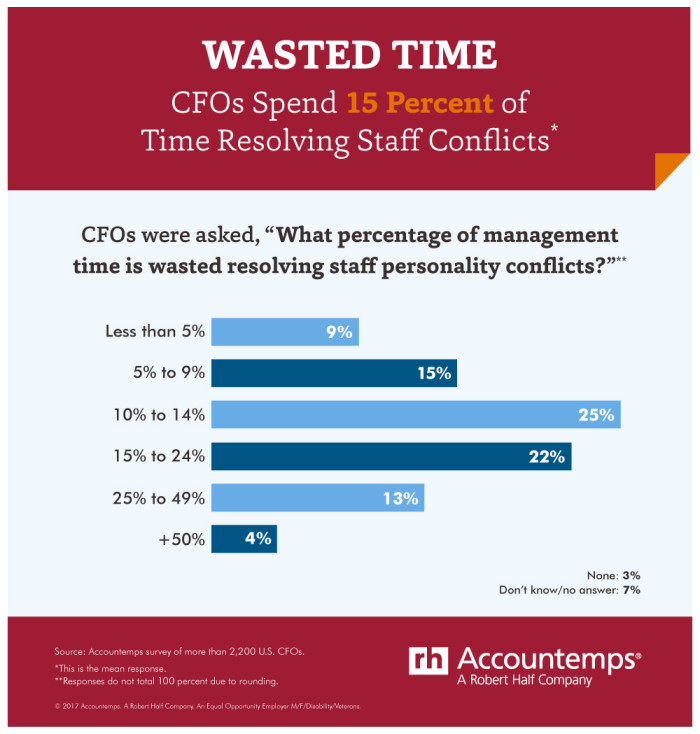 The EPF reinforces that any schemes mentioned by by Sarawak Report would not pass its robust governance framework...

48% of workers are distracted by workplace fatigue

Tired employees ignore work, make mistakes and even turn up with unbuttoned clothes and mismatched shoes. ..

The federation thinks that it will escalate operating costs and affect businesses amid the economic slowdown...