The Department of Statistics Malaysia (DOSM) has just released its latest Key Statistics of Labour Force in Malaysia for February 2018. 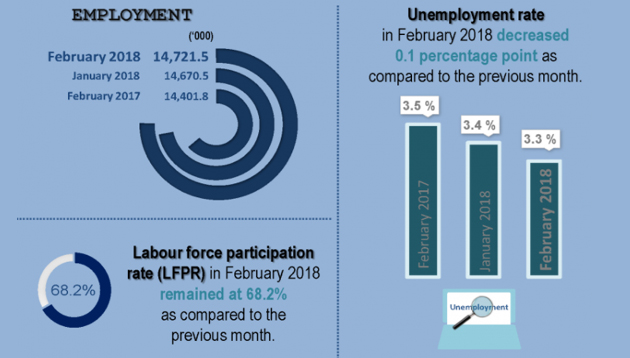 As for the country’s labour force participation rate (LFPR), it remained at 68.2% as compared to the previous month. On the other hand, the LFPR in February 2018 increased by 0.4 percentage points (year-on-year) when compared to February 2017. 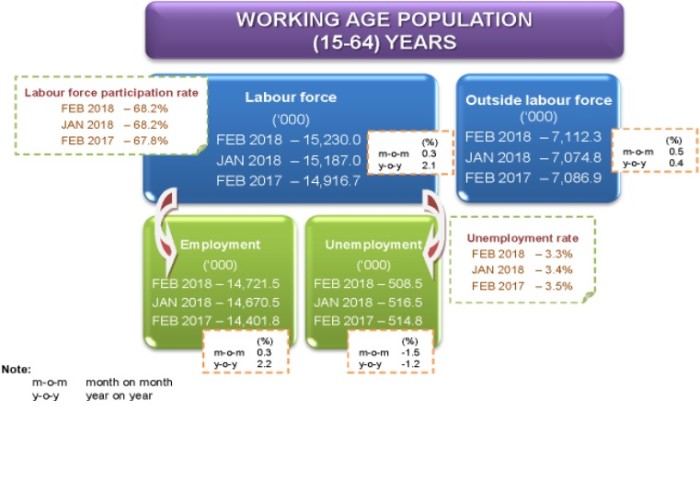 At the same time, a total of 31.8% of working age population (15 to 64 years old) were outside the labour force. This comprised housewives, students, the retired and those who are not interested to work.

6 people having worse days than you

Feeling the mid-week blues? Just be thankful you’re not one of these guys...

Why gender bias in the workplace continues to exist

Google images might be under-representing the number of women in certain jobs, exaggerating workplace gender stereotypes...

Why women in HR are unlikely to become CEO

Lagging promotion rates and being considered back office staff make it especially difficult to get a seat at the top table...

78% of employees feel that they are not reviewed accurately and 65% of employees said the annual review was not motivating to them..

Thomas Holenia, president of Henkel Singapore, speaks to us about how such initiatives are run, and how employee participation is ..