Malaysian employees were paid more in 2015

Good news for Malaysian employees – they are earning more now as compared to the past.

According to the Salaries & Wages Survey conducted by the Department of Statistics, Malaysia, mean and median monthly wages in the nation have gone up by 6.3% and 5.3% respectively.

While the median monthly wage was the same for both genders, male employees earned more than their female counterparts on average.

ALSO READ: 78% of Malaysians have insufficient funds for retirement 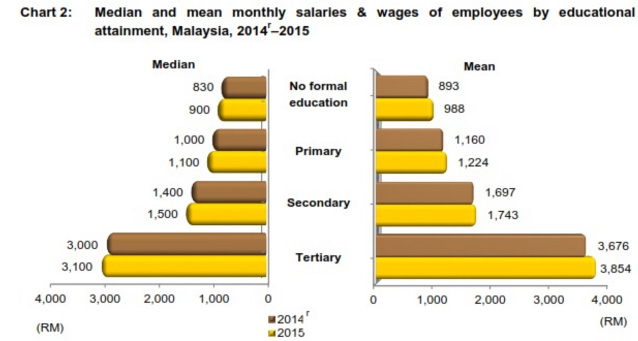 Are your staff eating unhealthily? Give them more engaging work

6 ways for Asian leaders to build collaboration and agility

To move into global roles at a faster pace, Asian leaders should work on letting go of a reluctance to "shine over others"...

Human Resources magazine is pleased to confirm Christian Hobson, group head of talent and learning for Standard Chartered, as a sp..

Number of office romances highest since 2007

About 2 in 5 employees have dated a co-worker. Of those who have had an office romance, 29% have dated a superior...

You know an employee has had a bad day at work when they decide to plow a bulldozer through their office. ..

As staff report concerns about performance management systems and stress, there's more that can be done to increase engagement. ..