Did you know that Apple and Sam Sung used to be together? No, not like that, but a man named Sam Sung was, funnily enough, an employee of Apple. At least, until recently.

Last year, a photo of an Apple business card of an employee named Sam Sung went viral after it was tweeted by user Shaun O’Toole.

The photo, which has since been deleted, listed Sung as a specialist at Apple’s store at Pacific Centre in Vancouver.

After the story took off online, The Huffington Post confirmed Sung’s identity, although he declined to comment on his overnight fame because of Apple’s strict media policy. 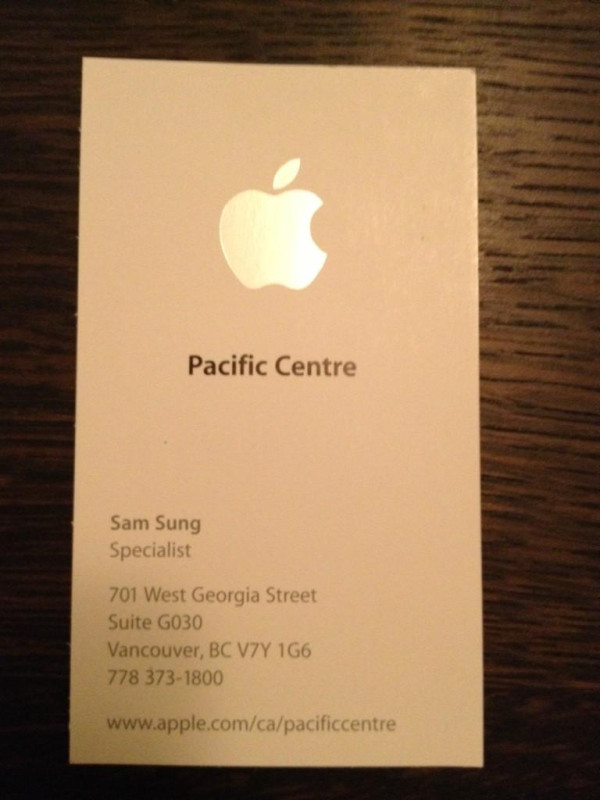 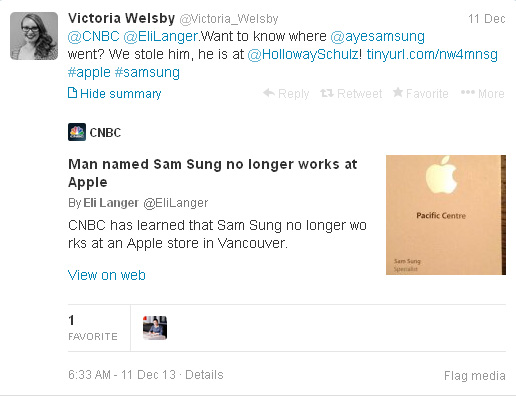 2014’s employees need to have these skills

80% of Singaporeans are unhappy with their salary

To cope with the current cost of living, more than half of Singaporeans say they need a monthly salary of $6,000. ..

5 things NOT to say when asking for a pay rise

If you thought plucking up the courage to ask your boss for more money this year would be the hard part, you're wrong. ..

Malaysian employers may be fined RM 10,000 for denying public holiday

If the federal government, under the 1951 Public Holidays Act, declares a holiday - employers will have to comply...

The new recognition systems will work together with existing biometric devices to identify falsified EPs and passports used by for..

LOOK: How desperation drove this father to create a job search campaign

We’ve seen plenty interesting attempts to catch the attention of employers by candidates, but this might be the best of the lot. ..