LOOK at Cadbury’s hoax response to a candidate

This letter from Cadbury, supposedly in response to a man’s job application to become a global quality manager, has been identified as a fake – but it doesn’t make it any less funny.

Twitter user @JamieDMJ posted this image on Saturday, with the caption: “Cadbury wrote back to me about my recent job application.” 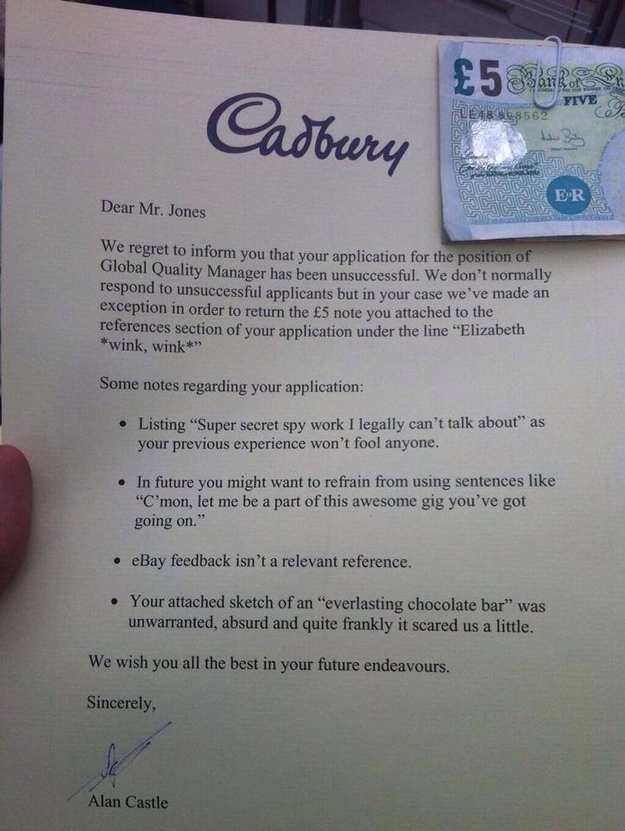 The letter has since been identified as a fake – mostly due to the letter’s lack of fold marks, which would indicate it had been posted – but not before the original post got nearly 10,000 retweets.

This same twitter user was also the man behind the recent viral spoof surrounding the webuyanycar.com website.

7 ways to ease back into work

A pricey home away from home

Singapore has retained its third place ranking on the list of Asia's most expensive cities when it comes to housing rental for exp..

In addition to the payments, the company thanked its employees through events and ad placements in large US newspapers...

The moment these employees knew it was time to quit

Disengaged workers are a disaster. Here's hoping none of your staff currently feel the way these employees do. ..

How to avoid disappointing new employees

"Your employer brand can lose credibility if someone finds they've joined a completely different company than they had expected." ..