Are you less likely to call back an LGBT candidate?

Job seekers who identify as lesbian, gay, bisexual or transgender (LGBT) in their resumes continue to face discrimination in today’s employment market.

A survey by the Equal Rights Center and Freedom to Work found LGBT applicants were 23% less likely to receive a call back for an interview with federal contractors, even if they were more qualified than a non-LGBT applicant.

The study used fictional pairs of resumes to apply for 100 jobs. In one resume a leadership role in an LGBT organisation was listed, and the other listed a role in a non-LGBT organisation, for example a women’s rights group.

However, the LGBT applicant’s resume was designed to display stronger attributes, such as a higher GPA score and stronger work experience. 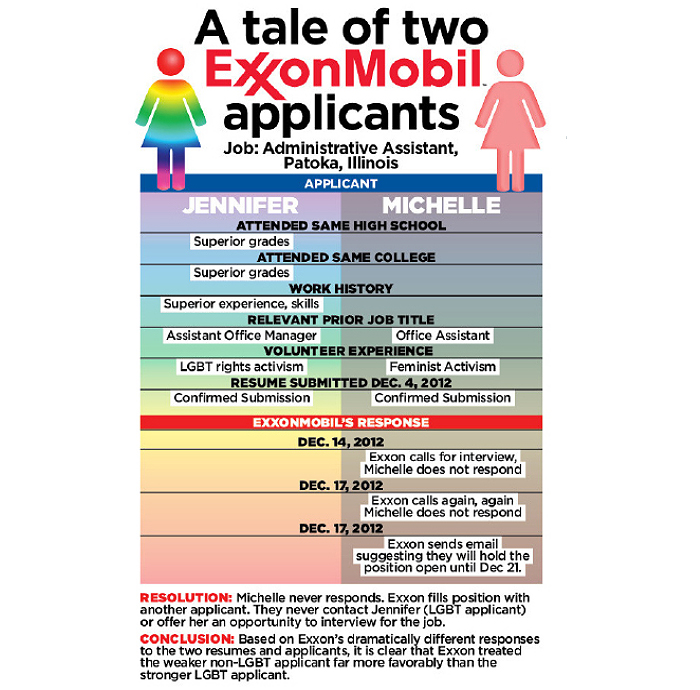 Source: The Equal Rights Center and Freedom to Work survey

In June 2014, American President Barack Obama announced his decision to “issue an executive order to end employment discrimination based on sexual orientation and gender identity by federal contractors”, the study reported.

“An executive order will provide equal protection under the law t an additional 1.4 million individuals who already work for federal contractors,” it added.

ALSO READ: The business of equality

Inquiry: Job dissatisfaction not cause of Little India riots

Towering above the competition

To cater to Singaporeans' expectations of a basic standard of living in retirement, the CPF and Medisave minimum sums have been in..

Be future-ready for the demands of tomorrow

Singapore’s economic landscape is changing rapidly. Do you have what it takes to excel?..

Would you track your employees' movements, location, and conversations in the hopes of gaining valuable business insights?..

The publisher of the New York Times insists Jill Abramson's firing had nothing to do with gender or pay discrepancies. ..