According to data from the World Health Organization (WHO), depression affects as many as 350 million people worldwide. Given those numbers, chances are that someone on your team is struggling with their mental health, regardless of the industry you work in. However, research indicates that certain professions display a higher rate of depression than others, with transportation, real estate, and social services at the top of the list.

Mental health website MentalHelp.net looked at several existing pieces of research on workplace depression in the United States. They found that professions with the highest rate of depression often require employees to perform thankless jobs that require frequent or difficult interactions with the public or with clients.

That link could explain why public and private transportation tops the list of jobs with the highest depression rates with 16.2%, while professions such as heavy construction (7.54%) and mining (7.13%) have much lower rates of reported depression. 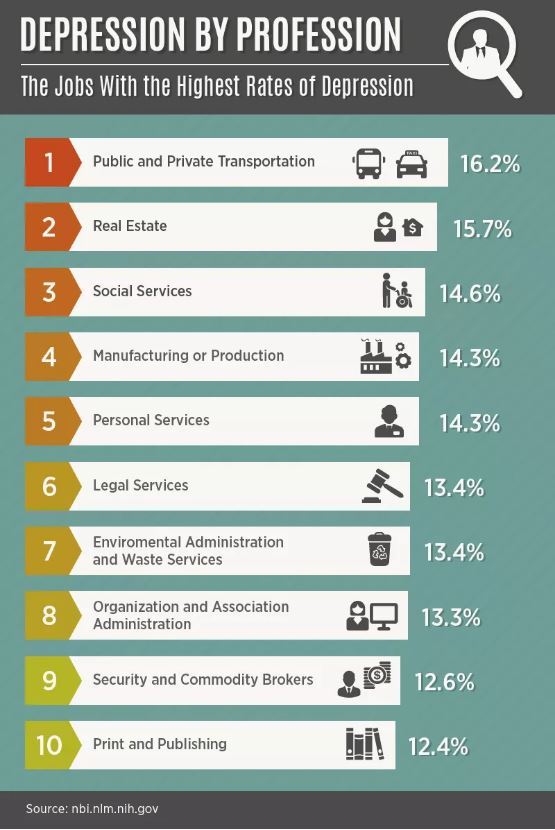 The team also looked at factors outside of work that might contribute or seem correlated with higher rates of depression. They found that health and income play a major part in depression rates.

They add that a similar jump can be seen with income, where depression rates as much as double where income plummets below the poverty line. 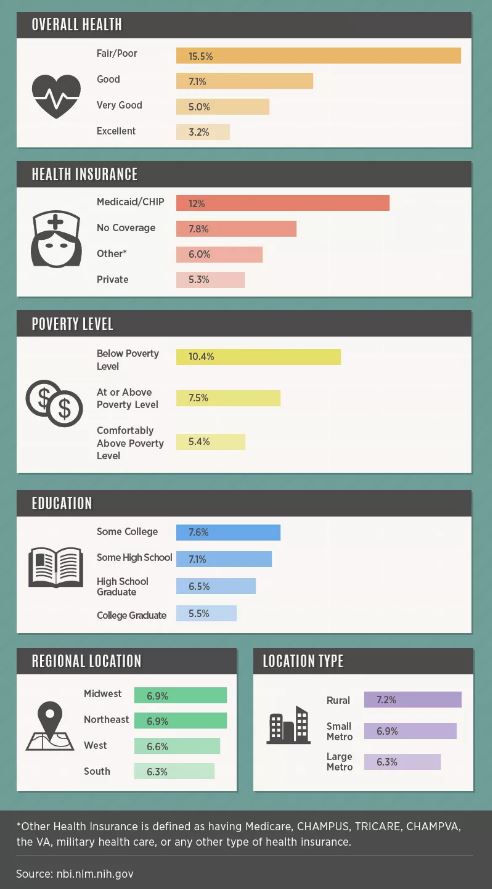 While we’re all aware of the importance of treatment in order to improve someone’s personal health, last year a study also confirmed the business case for good mental health care. A research team calculated that workplace productivity losses due to depression could be reduced by 33% to nearly 50% if depressed workers are willing to to get treatment.

If you’re working in one of the ten industries listed above, it’s important to be aware of the risk of depression. Furthermore, pay special attention to the younger members of your team, as previous research has shown they are now the most depressed generation in the office.

ALSO READ: The truth about depression in the workplace

From personal use of company jets to a company lease for a private villa, these CEO perks will leave your mouths gaping. ..

The acquisition will offer companies and employees a unique, market-leading global and local benefit experience. ..

Why your new hires aren’t progressing

Career expert Liz Ryan explains why some of your recruits forever remain in the same position you hired them for...

The countdown to the inaugural Human Resources Excellence Awards on 6 June at Hilton Kuala Lumpur has begun, with the gala night l..

5 warning signs your staff are burning out

"I just wish I could be hit by a car. I don't want to die or anything, I just want to break my legs so I don't have to go to work...