This is a paid sponsored article by Teleos Global.

Discover how an employee’s natural behavioural personality, matched against the perceived requirements of their role, can impact their working life, leading to two personalities within one.

It came as a shock to the management as he was a top performer who had not shown any sign of unhappiness. No amount of higher compensation could get him to reconsider.

The HR team was asked to intervene to find out why.

Prior to the intervention, HR had engaged our psychometric tool – PDA, a behavioural profiling instrument for the VP to complete.

Armed with the report, the team began an informal feedback and interview process.

A visit to his office provided clues to his personality behavioural style. His table was almost devoid of files with all necessary documents neatly piled up on his right.

The only visible device was the computer monitor and the single keyboard. An avid reader, the shelves were neatly filled with business books, journals and pictures.

From the profiling and verification of the VP, it was discovered there was a big gap between his natural and adapted role behavioural profile.

In other words, the VP had modified his behaviour at work to such an extent that it was so be far removed from his natural self that it brought on unnecessary stress.

One area that clearly stood out was that the VP was a highly meticulous and organised person, based on his natural profile.

But in the role profiling, he perceived that his role required him to be more impromptu and less detailed before making decisions. This had caused stress.

In the end, HR was successful in retaining the talented VP by aligning his role behaviour expectations and those of his natural behaviour on his key performance index (KPI).

As this case shows, the key benefits of PDA are:

This article was contributed by Ivan Yong, organisational psychologist at Teleos Global. He has extensive experience in objective assessment of human capital via aptitude and behavioural profiling for selection and recruitment, training & development and retention of talent in companies.

PDA Assessment is a psychometric behavioural profiling tool validated by the American Institute of Business Psychology.

It is based on scales and personality traits and is supported by the standard reliability and validity coefficients required by the Equal Employment Opportunities Commission (EEOC), the Labor Department (US) and the Justice and Civil Service Commission (US). 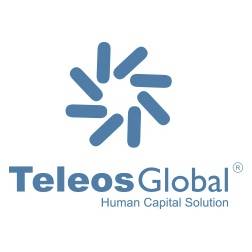 Unfriending colleagues on Facebook can be viewed as workplace bullying

Bosses frown upon women and minorities who value corporate diversity, viewing them as overplaying their gender and race...

A proposed legal amendment in Malaysia which would hold bosses accountable for corruption activities involving their employees is ..

Bloomberg's Jasmine Teo and Alphabeta's Fraser Thompson made the dash for gold at this 14th edition of the race...