The greenest tech companies in the world

Powering the iCloud with 100% renewable energy, a cause embraced by CEO Tim Cook, has ensured Apple stays number one among the tech sector majors in building a green and clean Internet.

All three of Apple’s data center expansions announced in the past year will be powered with renewable energy, setting a new bar for the industry, noted Greenpeace’s new report.

Evaluating the energy demand of the Internet, Greenpeace identified Apple, Facebook and Google as the top three cleanest companies in the industry.

Second-ranked Facebook has been credit with huge strides since 2012 to become one of the green Internet leaders, driven by transparency and significant wind energy investment in Iowa.

It is also continuing to find ways to scale renewable energy to power its data centers in North Carolina and Oregon, thus “setting a clear bar for other major social media networks and Internet companies to follow,” stated the report.

While third-ranked Google has made progress towards becoming 100% renewably powered, it has lost out access to renewable energy in markets restricted by monopoly electric utilities, such as parts of the US (North and South Carolina, Georgia), Singapore and Taiwan.

While Amazon has adopted a 100% renewable energy goal, the report blames a lack of basic transparency in being unable to guide its investment decisions toward renewable energy and away
from coal.

Microsoft has also slipped in the race to build a green internet, as the report finds a “continued lack of a meaningful strategy to guide its rapidly growing fleet of data centers with renewable energy.” 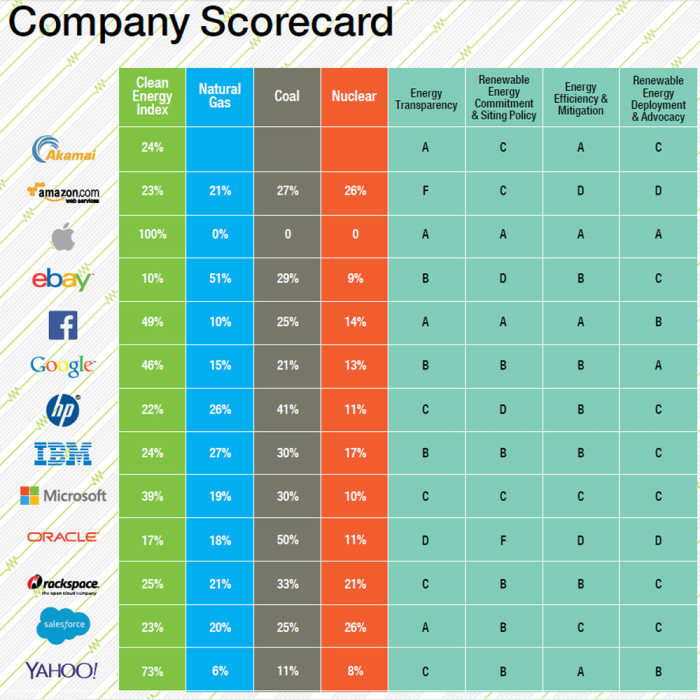 Why half of oil and gas workers in APAC are dissatisfied

This will make you 27% more likely to get a job

If you're on the job hunt, there's something else you really need to consider besides networking and updating your CV and LinkedIn..

Why leading HR in Asia is a must for your career: HR heads weigh in

Expats who've lived and worked here swear by the experience; four of them share why Asia was crucial to their career growth...

The first such facility in Asia, the new centre has minimal staff now but will eventually have about 60 staff...

With the holiday season around the corner, do you know what is appropriate when it comes to buying presents for clients, customers..

The 3 reasons employees are expected to jump ship this year

More than a third of the 750 hiring decision makers surveyed believe that more employees are expected to move jobs in 2018...