Getting people to take accountability is a top-two leadership challenge

Managing change and innovation is the hardest job leaders today have on their platter – as admitted as 31% of senior executives globally, in a study by Borderless Research.

Ensuring that people take personal accountability of the tasks they’re assigned is a surprising second on the list (27%), while silo mentality among teams is the third toughest aspect to tackle (17%).

As a result, among the 1,000+ leaders surveyed, more than half (53%) say being able to think strategically is the number one skill they need to possess. Close to half (49%) also called out the ability to communicate effectively as critical.

The next three must-have skills that leaders today require were – decision making (36%), ability to motivate others (33%), and emotional intelligence (32%).

Clearly, the skills most required to deliver business results are interpersonal in nature, rather than hard skills such as functional or financial expertise.

ALSO READ: How to deal with negative feedback from your staff

Despite the perceived need to upgrade leadership skills, a little more than half of the respondents (55%) said their organisations’ approach to leadership development was either excellent or good – with more than one in three (35%) classifying it as poor or very poor.

Linked to this was the view of close to two in three respondents (65%), who said the level of investment in leadership development in their firms has either declined or stayed the same in the last three years.

The remaining one in three (35%) noted that this investment level has increased (either per norm or increased substantially) in the same time period.

Leadership seminars and workshops emerged as the most used leadership development tools (57% of respondents), while coaching and mentoring was not far behind at 54%.

Customised individual development programmes were popular among one in three respondents (35%), and so were mobility assignments providing multi-cultural or multi-country experiences (33%). 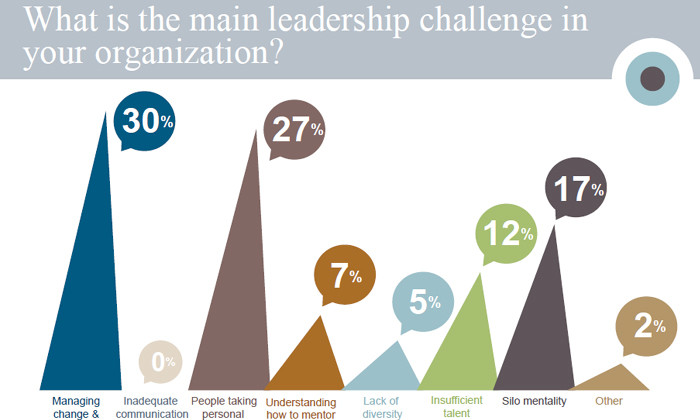 Only 33% of financial sector staff in Malaysia are highly engaged

The 10 traits of staff who love to OT

The worst kind of workaholics are those who force others into working overtime with them...

Despite the growth of social media in the recruitment space, candidates still turn to job boards and company sites to search for t..

Hong Kong has Asia’s most diverse and inclusive workplaces

Just 19% of local staff reported instances of workplace discrimination in their firms this year, beating China, Malaysia and India..

Why you should enter into a contract with Kelly

The "gig" economy is changing the game and that's why top companies rely on Kelly to fulfil all their contract needs...

"My most daring work decision was to quit my job. If I hadn't done that, I wouldn't be where I am today."..