The most expensive cities in Asia Pacific for business travellers

Lee Quane, regional director – Asia for ECA International, explained: “A combination of generally low living costs, relatively cheap accommodation options for business travellers and weak currency against the USD have contributed to these locations being where they are in our rankings.”

The most expensive cities for business travel in Asia Pacific:

For organisations that are able to provide lower-cost accommodation options to employees travelling for business, ECA International studies the rankings with hotel costs excluded as well.

When hotel costs are excluded, the most expensive locations in Asia for business travel are – Seoul, Tokyo, Sydney, Singapore, and Shanghai respectively in the top five.

Dhaka moves down to the 24th most expensive location in the region when hotel rates are excluded, while Hong Kong also falls to 8th position.

Quane commented on the reasons for the order of ranking: “Seoul and Tokyo’s high rankings are a reflection of the general high cost of goods and services in these two cities, combined with the fact that language issues may limit business travellers in terms of their choices for meals out.” 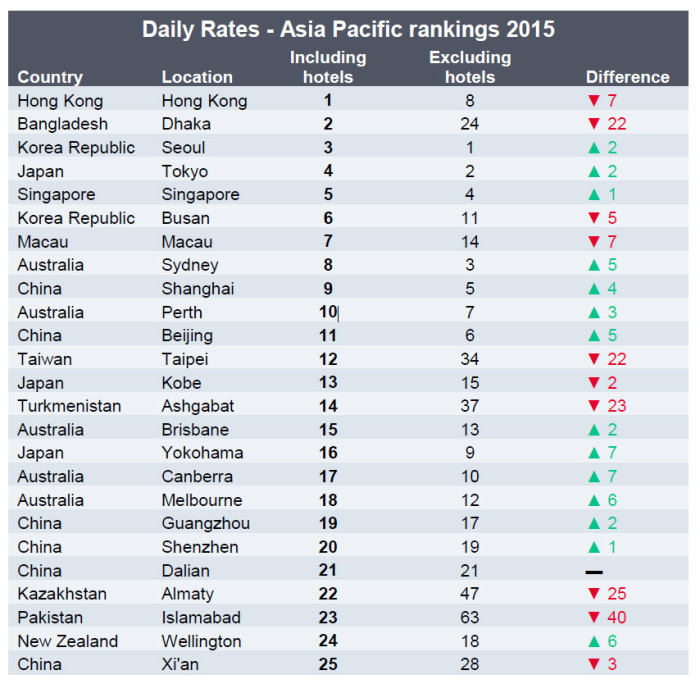 23% of IT theft occurs right under your nose

Hiring outlook positive across seven sectors in Singapore for Q1 2018

Employers in Taiwan were the most optimistic in the region, and globally. While APAC's weakest forecasts were from China and Singa..

Reportedly, the layoffs started last week and are part of a harsher end-of-year review procedure. ..