The 3 best career websites in Malaysia

JobStreet.com, Careertour (M) Sdn Bhd, and CnetG Asia have been respectively judged as the three best career websites among recruitment agencies in Malaysia.

These companies won their trophies at the recently concluded Asia Recruitment Awards, Malaysia edition, where all entries were judged by practicing HR professionals across Asia.

JobStreet’s strategy of richer job advertisements and smart matching paid off, being the first company in Asia to introduce a salary matching feature for job seekers.

Simon Si Thean Choy, the company’s head of regional communications, commented on the gold win, “Winning best career website is certainly an achievement for JobStreet.com as it shows our commitment in what we do.”

He acknowledged the “great team” behind the effort, with a promise to continue on the mission in providing “high-quality content and value-added resources for all candidates”.

Coming second was Careertour, also known as Campus Job Fair, which was founded in 2013, and has already become the largest in-campus job fair organiser in the country.

Not only does the website serve as a one-stop-shop for employers to recruit graduates, but also has an online booking system to allow stakeholders to book booth spaces for upcoming fairs.

Company director Ben Ho spoke of the win, “We would like to record our deep appreciation to the campus recruiters, for their continuous support of this innovative concept since 2013.”

“With this award, we strive to provide a better recruitment experience in campus for the coming years.”

Bagging the bronze was CnetG Asia, which recently concluded a streamlining of its internal operations, to better integrate the services offered to its clients.

This included a redesign of its website, to make it “warm and friendly”, as well as optimise social media engagement, through a five-point checklist. Most significantly, the initiative has boosted the company’s page rank in organic searches.

P. Raj Kumar, the company’s director of executive placements, and practice leader of energy, credited the night’s win to “the humanisation of candidate engagement,” which forms the core of the new website. 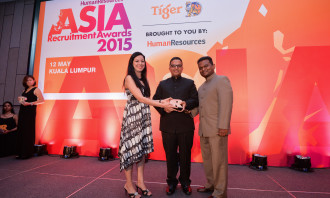 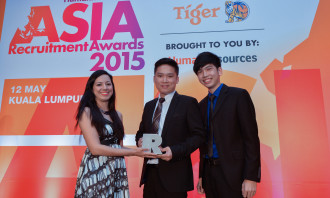 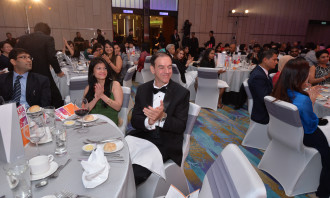 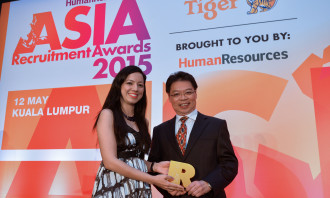 For the full set of winners and photos, click here.

With an open office, high end wireless tech, and communal space, the firm reveals the key to a healthy and flexible workforce...

HR job moves of the week from GroupM, Hilti Group, and more

Your weekly update on job movements in HR - featuring changes from Johnson & Johnson, The Dow Chemical Company, Adecco, and more...

Bizarre HR: Does your boss value his laptop more than you?

Sadly, the answer to the above question is often yes. ..

Malaysia has moved up the list of most the attractive countries for business...