Do you look at an employee’s clothing choice when considering them for promotions? According to new research from OfficeTeam, 80% of managers said clothing choices affect someone’s chances of being promoted.

This sentiment was shared by 86% of professionals surveyed.

In line with that, the study found that workers put thought into their fashion decisions, spending an average of 11 minutes a day selecting an outfit for the office.

Interestingly, men took longer to pick out their clothes than women (12 minutes and 9 minutes a day on average, respectively)

Leggings versus tank tops: What is acceptable?

On the other hand, employers have become less tolerant of tank tops, tops that expose one or both shoulders (aka cold shoulder tops) and shorts. 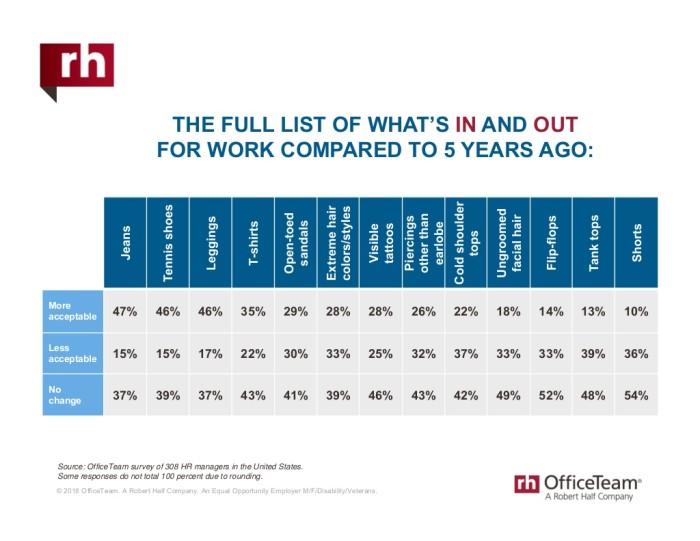 What happens when an employee wears something inappropriate?

About two in five (44%) senior managers said they have talked to an employee about their inappropriate attire, and nearly one-third (32%) have sent staff home based on what they were wearing.

Half of executives who spoke with an employee or told someone to leave and change clothes were comfortable doing so. Slightly more than a third (35%) felt awkward stepping in, and another 15% didn’t want to have the conversation at all.

Almost half of employers have identified stress as the number one health issue, but only 27% are taking action to reduce work-rela..

Asian bosses make the most of exit interviews

Don't just file an exiting employees' feedback away. Find out exactly why they are quitting and manage the process carefully...

Malaysia’s salary and job trends for 2017

Salaries of IT directors with more than 10 years of experience are pegged at RM250k-360k. Here's the outlook for 4 major sectors...

How does your job impact your child’s intelligence?

A new report has discovered your career choice has a direct impact on how smart your children are – and it's good news for profess..

Up the ranks: Nicholas Dhillon is Nestlé’s market HRBP for commercial businesses

He continues to be based in Malaysia and reports to Uzma Qaiser Butt, the HR director at Nestlé Malaysia and Singapore...