Organised by the Singapore Committee for UN Women and hosted by AccorHotels, the HeForShe Impact Awards recognises contributions in promoting gender equality and diversity initiatives.

The winners in each category were:

ALSO READ: Is getting on the board of directors as easy for women as a game of golf?

Speaking about the awards, Trina Liang-Lin, president, Singapore Committee for UN Women said: “We hope that the persistence of these everyday individuals will inspire extraordinary change in our community.”

One of the highlights of the awards ceremony was a panel discussion with Mastercard and Hilton Worldwide – two of three firms who signed up as Singapore IMPACT Champions last year.

Last year, both firms made bold pledges to achieve within a year’s timeframe – these included unconscious bias training for all hiring managers; the implementation of flexible work initiatives; as well as policies to increase the female succession pool and female talent in senior management. They were joined on the panel by Lendlease.

Event host, AccorHotels is also an active participant in the movement for gender equality, as one of the 10 Champion Corporations taking part in the HeForShe IMPACT 10x10x10 pilot initiative.

Speaking at the ceremony, Patrick Basset, AccorHotels COO for SE and NE Asia; and the group’s head of diversity and inclusion for Asia Pacific, said: “We believe that gender equality not only benefits the company, but the entire society. Through our HeForShe engagement, we want to act as a change maker that diffuses ethical and positive values among its employees, and thus among their families and communities.”

Basset revealed that AccorHotels is committed to achieve equity in gender representation and equal pay for women and men, across its 4,100 hotels and resorts globally.

ALSO READ: How Facebook, Singtel, and more are enabling women in the workplace

Scroll through the gallery to check out photos of the winners: 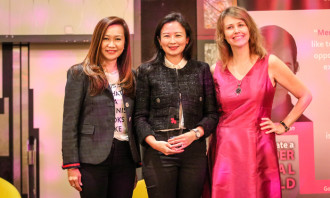 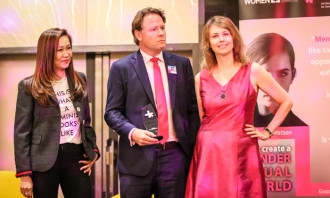 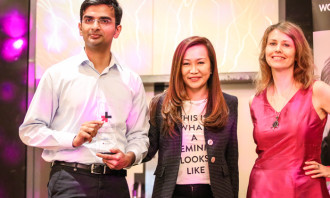 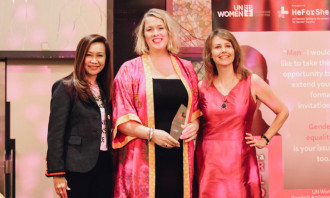 Up the ranks: Sandeep Khanna is Grab’s regional lead for people and OD

Evil HR: The worst thing you could do to candidates

Second bomb in a week causes thousands of workers, merchants and residents near Wan Chai north to evacuate as the cityworks to def..

How bosses in Hong Kong are now measuring productivity

Firms are now analysing actual output rather than by time spent sitting in the office. How will this impact the workforce?..

The worst places to sit in the office

Bosses should take note of these locations in the office to create the perfect seating plan for employees to be productive. ..