The Malaysian government has agreed to move the official birthday celebration of Yang di-Pertuan Agong Sultan Muhammad V from 29 July to 9 September this year. This also marks 9 September as a public holiday in Malaysia. 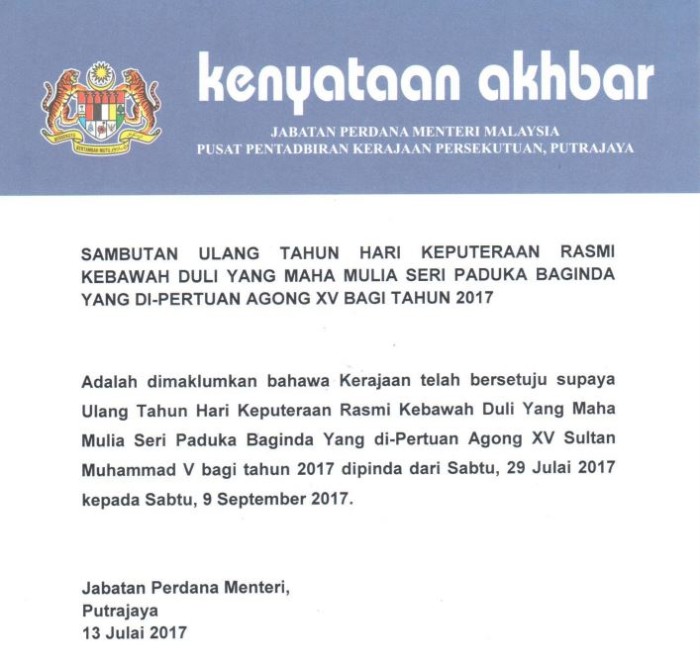 According to Part XII, 60D. Holidays on the Malaysian Employment Act, “every employee shall be entitled to a paid holiday at his ordinary rate of pay on ten gazetted public holidays in any one calendar year” in Malaysia, including:

ILO also stated that “if any of the said ten gazetted public holidays falls on a rest day, the working day following immediately thereafter shall be a paid holiday in substitution therefor”.

Hongkongers recall the worst ways they were abused at work

HR practitioners, are you aware of these dodgy practices in the office? Please save your employer brand by stopping them. ..

K. Parinya Hallermann, director of HR, explains the strategy that led to the retention of 34% of the workforce since 2006...

Singapore Airlines (SIA) is offering its senior pilots unpaid leave in an attempt to manage costs...