The latest white paper by RiseSmart showed that 73% of people in a variety of industries and locations throughout the U.S. and Canada who are offered outplacement actually utilise the services.

While that is a good majority, the remaining 29% who aren’t aware of the services, or don’t understand the benefits, are people who may leave with a negative view of the company. The release stated: “After all, if your employees aren’t using the services you’re providing, you can’t realise the benefits of offering these services, including potentially lower tax liability, lower legal costs, and a better employer brand.” 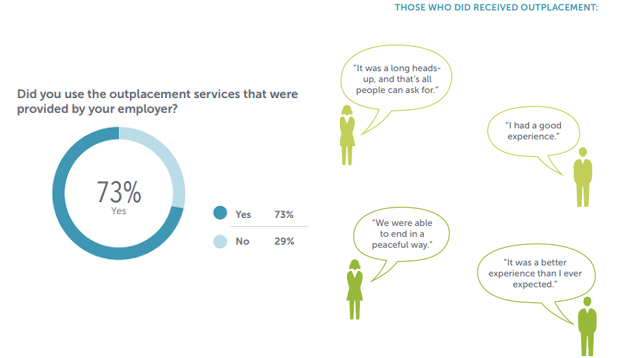 According to the survey, many respondents revealed the prevalence of poor notification procedures as well as the lack of preparation from managers tasked with the notification responsibility.

“When notifications are given without following best practices, impacted employees feel that the company doesn’t care and are likely to echo those sentiments to peers, their friends and business contacts, and on their social media posts,” it shared.

In fact, the majority of its survey respondents did not feel the exit process was managed well by their former employers. The study clearly identifies a need for better training and preparation for those who will be delivering notifications. RiseSmart commented: “Companies who don’t have a formalised plan for messaging and notifications are putting themselves at risk for negative consequences following a layoff.” 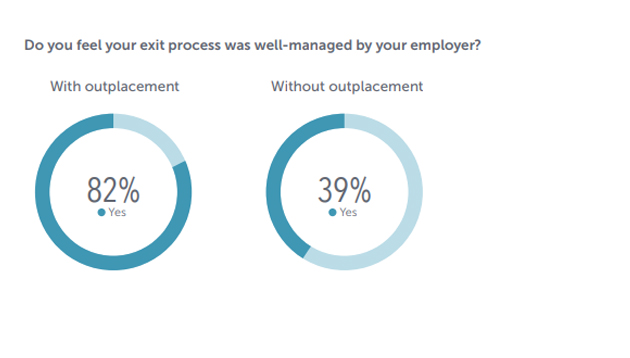 Supporting the perception that outplacement has both financial and branding benefits for employers, transitioning employees reported that they were able to find a new job and gain a higher salary or better benefits 47% of the time – no matter which outplacement service provider was used.

Following that, 81% found the reputation of the company they work for is important. This is followed by 18% agreeing that reputation is “moderately and slightly important”, with 1% thinking it’s not important at all.

In fact, a majority of those surveyed (52%) reported that it was unlikely they would accept a job offer from a company with a bad reputation, even if it was the only job offer they received. Whereas 25% cite neither likely nor unlikely, while 23% states they would extremely or somewhat likely accept the job. 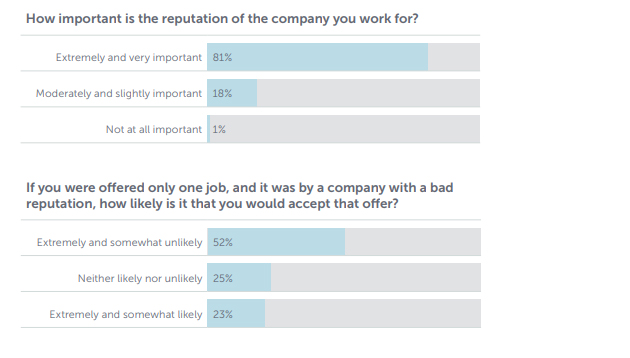 The survey remarked: “Even though employees are the ones impacted by the layoff, those who received outplacement services were much more likely to retain a positive alumni sentiment of the company (59%) than those who did not receive any career transition services.”

“The effects of alumni sentiment can be felt not only in social media where impacted employees discuss their experiences, but in the morale and productivity of those who remain at the company,” it continued.

Nearly half (49%) of those who remained after a layoff reported that their peers who were laid off talked to them about the experiences with the layoff and their subsequent job search efforts.

The survey revealed that respondents’ impressions of the company tended to be less positive if the company did not offer outplacement to every impacted employee, further solidifying the need to take care of all employees―regardless of position or time at the company. 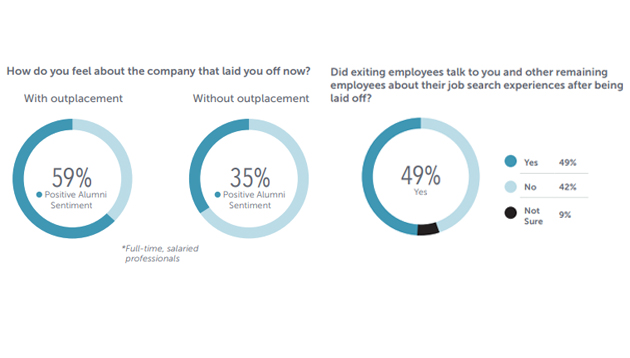 Meanwhile, 73% cited that they would consider returning to the former employee should the right position open up. This is in comparison to 37% who won’t when it comes to boomerang employees. 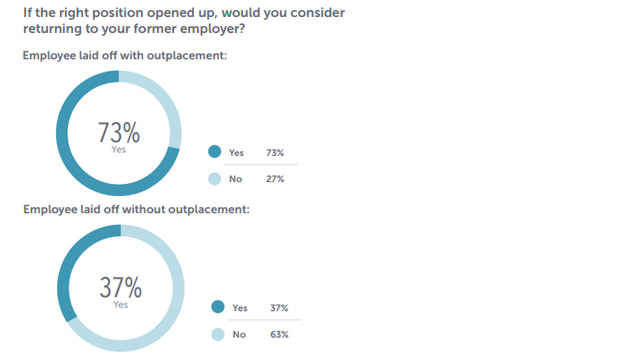 Build the employee, build the business

The top 4 things bosses can do to boost staff engagement

You might have a great future vision for your firm - but what good would that do if you don't communicate that vision to staff cle..

The EIS Bill seeks to create a fund to help retrenched workers with a contribution by both employers and employees...

When does job hopping get too much?

A new survey suggests bosses should be wary of employees who have had five different jobs in 10 years. ..