70% of Singapore residents retrenched in Q3 2017 were PMETs

Unfortunately, the bulk (70%) of retrenched residents were professionals, managers, executives and technicians (PMETs), higher than their composition of the workforce.

Sector wise, more than half (64%) of layoffs came from the services sector – mainly in wholesale trade (14%) and financial services (13%).

In particular, it noted that younger workers below 30 (82%) and production and transport operations, cleaners and labourers (75%) had the highest rates of re-entry.

Conversely, older residents aged 50 and over continued to face employment challenges – registering below-average re-entry rates despite the improvement over the quarter.

However, the report noted that these rates remained higher than a year ago – 2.1% overall, 2.9% resident, and 3.0% Singapore citizen.

The report also noted that despite the unchanged resident unemployment rate, long-term unemployment rates among residents edged up slightly from 0.7% in June 2017 to 0.8% in September 2017 – the same level as a year ago.

Ease in decline of total employment

MOM noted that the decline continued to be due mainly to the decrease in Work Permit Holders in marine and construction. In contrast, employment growth occurred in sectors including community, social and personal services, accommodation, financial services and professional services.

In Q3 2017, there were 49,000 seasonally adjusted job vacancies (among private sector establishments with at least 25 employees and the public sector), same as the previous quarter.

Notable increases were seen in manufacturing (especially electronics) and administrative and support services, while declines were more pronounced in food & beverage services and professional services.

Commenting on the report findings, Mayank Parekh, CEO, Institute for Human Resource Professionals (IHRP), said: “While it is encouraging to see the labour market improving, it is too early to say what the impact will be on long-term unemployment rates as companies are still cautious when it comes to hiring.”

Parekh noted that the increasingly short-term contracts and on-demand workforce is changing the nature of the job market while digital transformation and increasing use of technology is impacting skillsets.

“Companies will be looking to their HR departments to navigate through these challenges. In this environment, companies are looking for candidates that fit well in the work culture, are flexible, adaptable and possess a great learning attitude,” he added.

Looking towards 2018, Philippe Martinez, regional managing director, Asia & country manager, Adecco Personnel (Singapore), said: “We anticipate a relatively rosier outlook in terms of overall employment. The services sector looks set to be a key contributor of this growth. We have identified pockets of growth in segments of the services sector, particularly in financial and insurance services (growth of 6.6%*) and iInformation and communications (growth of 3.2%*).”

Martinez further noted that creation of roles such as mobile developers (Payments) and in cybersecurity has multiplied as Singapore moves towards establishing itself as a financial technology (FinTech) hub regionally.

“As the labour market adjusts, in line with the positive shift in the economy, hiring is set to increase but this will be uneven across sectors. Moreover, wage growth will be low or modest at best given that there is still some slack in the labour force. Given this, we observe rising interest for flexible workforce among some companies through contract, temporary and even on-demand roles to meet business needs,” he added. 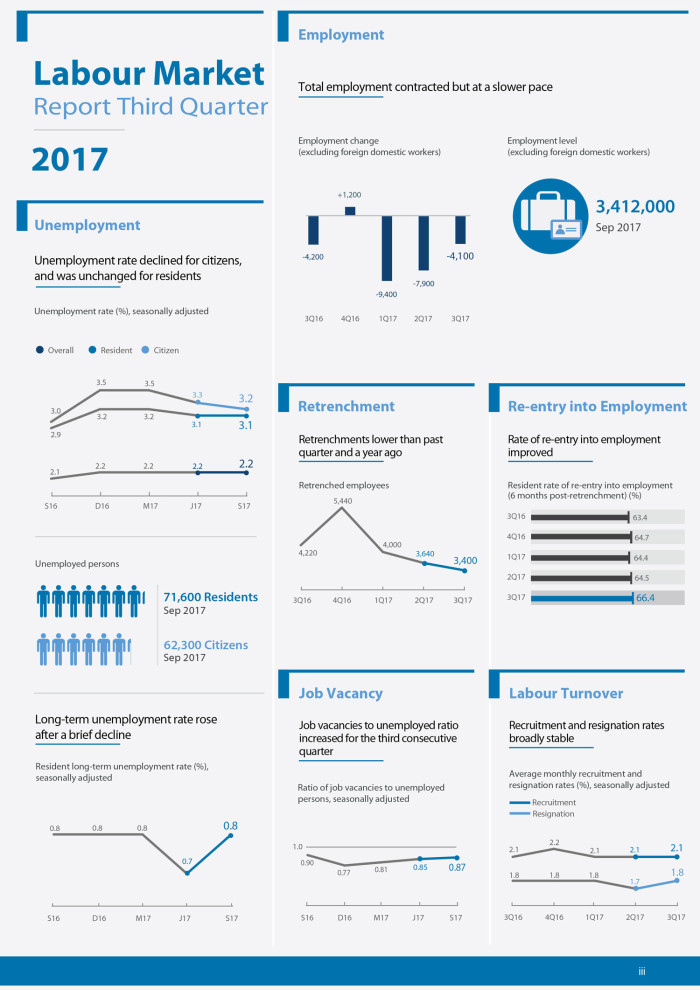 Microsoft’s attempts to improve its diversity figures might be failing

Women today make up 26.8% of the firm's global workforce - lower than in 2014. What more can Microsoft do to boost diversity?..

16-year WNBA veteran Becky Hammon will be switching gears as she takes on her new role with the Spurs...

A majority of employees will be retained in the new Cargo Division, while some will be transferred to other SIA divisions...

Staff in APAC expect better mobility in their future workforce

Additionally, 53% of occupiers want a more customised workplace environment that could adapt to the needs of their team. ..