Why a 65-year-old CEO is ideal for mergers & acquisitions

If your company is headed towards a merger or acquisition and your CEO is 65-years-old, the business move may have more scientific backing than you realise.

According to new research by Stanford University and Dartmouth, a 65-year-old CEO seems to be the winning factor in a corporate take over.

In fact, the study found organisations with a 65-year-old leader are 40% more likely to receive an acquisition offer than a company with a 63-year-old CEO.

This is likely due to the CEO nearing retirement age, and are less likely to put up a messy fight, the study’s authors said.

“A straightforward implication is that many CEOs close to age 65 do not lose much by accepting a takeover bid. For younger CEOs, becoming the target of an acquisition usually implies an (involuntary) early retirement,” the report said.

“For a CEO at or close to his expected retirement age, however, the cost of his firm being acquired should be small.” 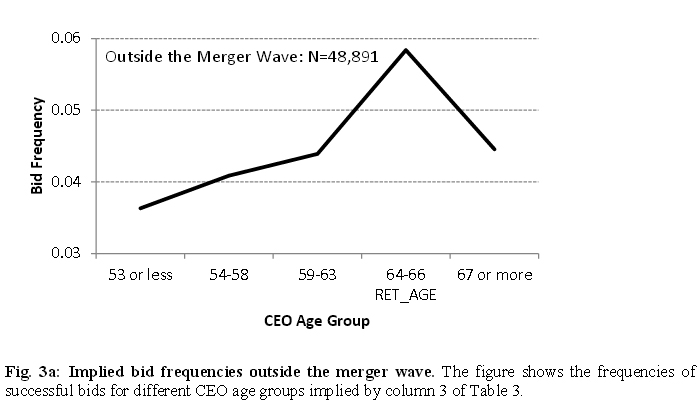 Overall, the result of the study support the retirement-age effect when it comes to acquisitions, in that companies are less likely to increase their takeover defenses when the CEOs near retirement age.

“If these provisions are used, at least in part, to deter bidders, this pattern suggests that the deterrence motive is weaker for retirement-age CEOs,” the report said.

Here’s one for open plan offices

We love to hate open plan offices, but Sabrina Zolkifi wants you to give them another chance...

How many IT staff should companies ideally have?

With IT staff working more than 60 hours weekly, firms must increase their IT headcount if they don't want a dearth of such skills..

How HR can resolve the young boss-older employee conflict

Older staff who work for younger bosses with lesser education and work experience have a tough time developing loyalty...

Managers who have failed to ensure the safety of workers can now be fined between 30% and 80% of their annual salary. ..