Singapore’s Ministry of Manpower (MOM) released its latest labour market report for the first quarter of 2017, summarising the various facets of the local workforce. In the press release, MOM said: “The labour market situation remained mixed, with the overall and resident unemployment rate unchanged from the previous quarter, and redundancies declining slightly compared to a year ago.”

With that in mind, here’s a look at the five things, most relevant to HR challenges, that you need to know about the labour market report:

#1 Outlook of the employment situation 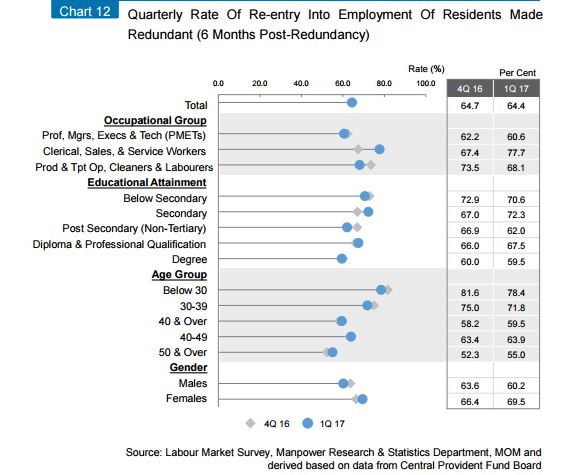 #3 Job vacancies for the unemployed

The seasonally adjusted ratio of job vacancies to those unemployed improved slightly, from 77 job vacancies for every 100 unemployed persons in December 2016 to 81 in March 2017, after seven consecutive quarters of decline. 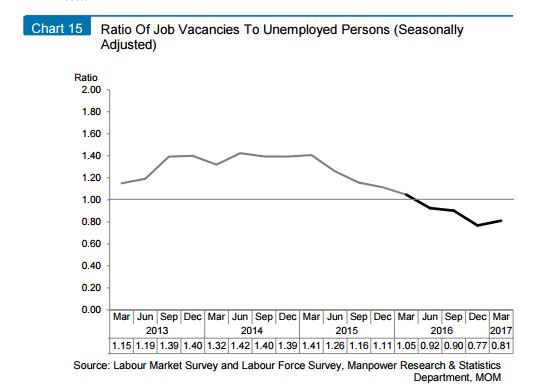 The average total weekly paid hours worked per employee was marginally lower, with 45.2 hours in March 2017, compared to 45.3 hours in December 2016. This reflected a dip in paid overtime hours from 3.1 hours to 3.0 hours. 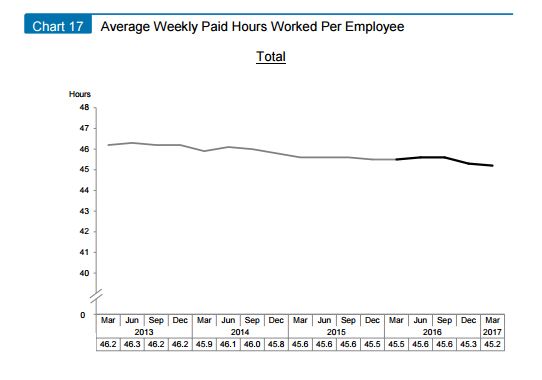 After an uptick in the fourth quarter of 2016, the seasonally adjusted recruitment rate declined to 2.1% in the first quarter of 2017 from 2.2%. Meanwhile, the resignation rate held steady at 1.8%, since the beginning of 2016.

Are your employees facing health problems due to obesity?

How to eliminate the biggest source of stress at work

An ongoing survey of over 10,000 people asks respondents what stresses them out the most in the workplace...

Seemingly, he is a firm believer in studies that demonstrate the benefits of having pets in the workplace. ..

The top spot was taken by Switzerland, while the UK and US rank third and fourth respectively, with Sweden in fifth place...

There's no greater way to keep your staff feeling loved than to have a healthy and supportive working relationship with them...