5 things you didn’t know about the Gen Z

With younger generations becoming increasingly connected via mobile devices, it comes as a surprise to see that most of Generation Z actually view face-to-face communication as their preferred method of interaction.

“Gen Z employees bring unique values, expectations and perspectives to their jobs,” said Paul McDonald, senior executive director of Robert Half. “They’ve grown up in economically turbulent times, and many of their characteristics and motivations reflect that.”

“This group of professionals has grown up with technology available to them around the clock and is accustomed to constant learning. Companies with a solid understanding of this generation’s values and preferences will be well prepared to create work environments that attract a new generation of employees and maximise their potential.”

To help aid in understanding the working preferences of this generation, the survey also found some other surprising insights about these employees.

Firstly, the survey found 41% of Gen Z view the work environment at midsize organisations to be the best fit for them. This was followed by large organisations (38%).

Only 14% stated they view start-ups as an ideal work environment.

Secondly, the generation was found to be surprisingly realistic when it came to their professional views.

A majority (77%) of Gen Z believed that they need to put in more hard work compared to the generations before them to have a satisfying and fulfilling professional life.

Additionally, the top concern for 28% of them was work-life balance, followed by making enough money (26%) and finding a stable job (23%). One in three also stated they would like to retire by the age of 60, but only 17% thought it will be possible.

Thirdly, the survey found that Gen Z are likely to stay in a job for a longer time than expected, with most only expecting to work for an average of four companies throughout their lifetime.

However, they also expect to move up the corporate ladder quickly, within the next five years. More than three out of 10 (32%) of them believed that they will be managing employees in a corporate environment.

A fourth insight about the generation the survey highlighted was with regards to the best means of retaining them.

More than half (64%) of those polled ranked career growth among their top three career priorities, while only 3% found impressive job titles important. Also, 38% of them cited honesty as the top quality they look for in a boss, followed by mentoring ability (21%).

5. Interaction with other generations

Collaboration with other generations was the fifth behavioural trait the survey explored.

While only 5% of respondents cited potential challenges while collaborating with Gen Ys, 17% anticipated difficulty with Gen X, while 45% felt it would be challenging working with Baby Boomers.

Bev Graham, Ph.D., vice president of Enactus USA programs, added, “Gen Z professionals are full of potential, but these young adults will need support in honing their skills and harnessing their enthusiasm to address real-world employment situations, such as the need to communicate more formally in certain situations.” 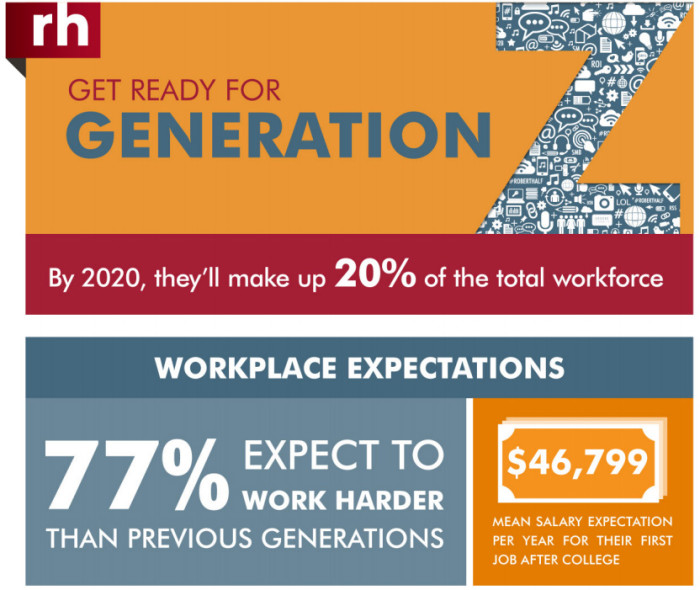 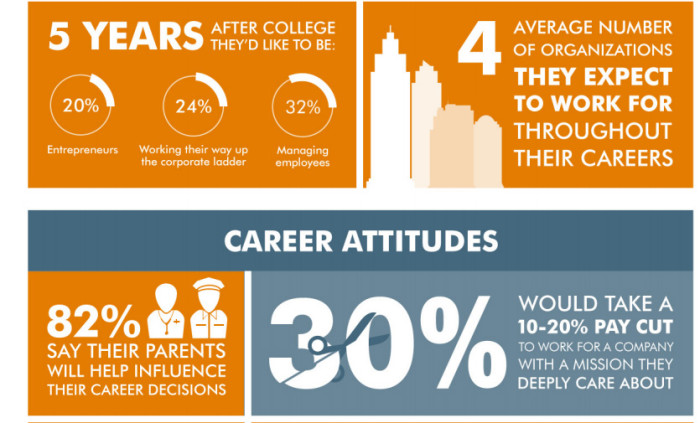 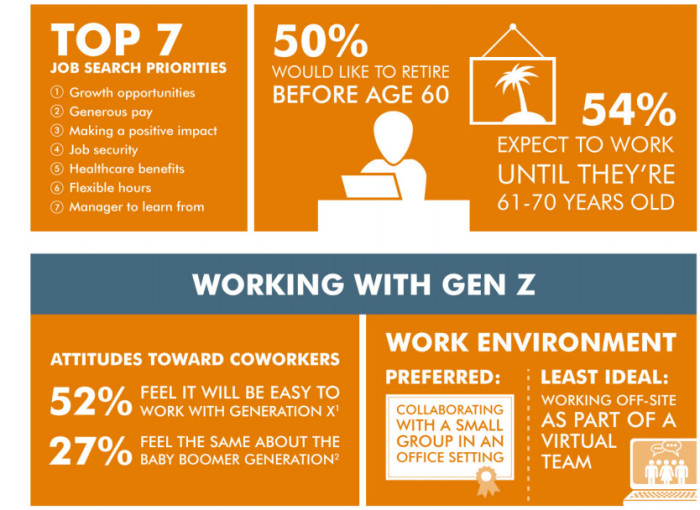 A creative job seeker has created an online resume mimicking an Amazon webpage, which states he is "available for shipping anywher..

Food and beverages, lounge and relaxation areas, and a state-of-the art workstation, all feature highly in research across Southea..

Do women have a negative perception of leadership?

Understanding the true benefits of powerful leadership positions is key if you wish to drive the ambition of top female employees...

"If we are not careful, we will imbue the wrong sense of entitlement in our workforce, and this can undo the position we now enjoy..

In addition to the payments, the company thanked its employees through events and ad placements in large US newspapers...