The 3 most desired skills in a CHRO

The chief human resources officer (CHRO) today sits at the elbow of the CEO and maintains one of the most influential positions within senior management.

But how can CHROs truly make their impact felt in organisationals today and ensure they are contributing optimally?

In line with that aim, a new report released by Visier listed the three most desired trait CHROs should have in order to succeed today.

2. Data-driven
Additionally, 80% of executives say their company cannot succeed without an assertive, data-driven CHRO, who takes a strong stance on talent issues and uses relevant facts to deliver an informed point of view.

3. Performance-Focused
More than seven out of 10 (78%)o f executives added that their company cannot succeed without a CHRO who takes on responsibility for contributing directly to business performance.

“They want a strategic advisor who can speak the language of the business with hard data. But a solid understanding of people dynamics is also key: talent magnets — companies with strong talent management capabilities — increase revenues and profits faster,” he said.

Most executives stated, however, that they do not expect to find top CHRO talent within the HR department.

In fact, 63% of all executives said the most effective CHROs come from non-HR backgrounds in areas such as finance, operations, or legal.

The report surveyed 301 corporate executives at companies with revenue of $1 billion or more across America and asked their views on the changing role of HR leadership.

Adding to the misery for HR folks, C-level executives agree that the most effective CHROs come from non-HR backgrounds more than those with less senior titles.

Almost four out five (79%) of executives who have a C-level, president, or chairman job title say the best CHROs come from non-HR backgrounds. 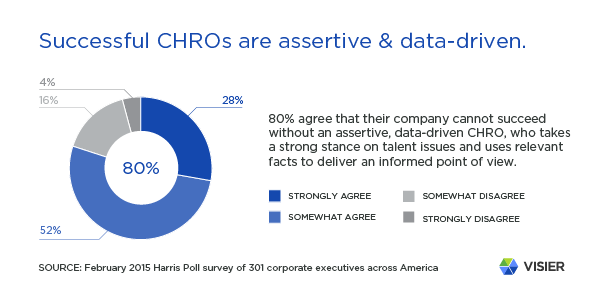 The High Court has rejected the executive's appeal for the case, sentencing him to spend three weeks behind bars. ..

The company's failure to take adequate safety measures under the WSH Act led to the death of a worker, and the injury of another...

While more than half of companies in Singapore report a positive hiring climate for 2014, many prefer to take a wait-and-see appro..