In today’s digital age, most business are recognising the importance of digital transformation.

However, according to Fujitsu’s latest report, the Digital Transformation PACT, organisations worldwide are still struggling to balance the elements needed to deliver on digital.

Artificial intelligence is expected to transform the skills needed internally by 2020, said 94% of respondents.

While a vast majority (92%) revealed they are taking steps to increase their access to digital expertise, 68% admitted there is a clear lack of digital skills within their organisation.

Finding and nurturing talent with the right skillsets will continue to be a key business concern, with 98% of Singaporean respondents agreeing that upskilling existing staff will be vital to success in the next three years. 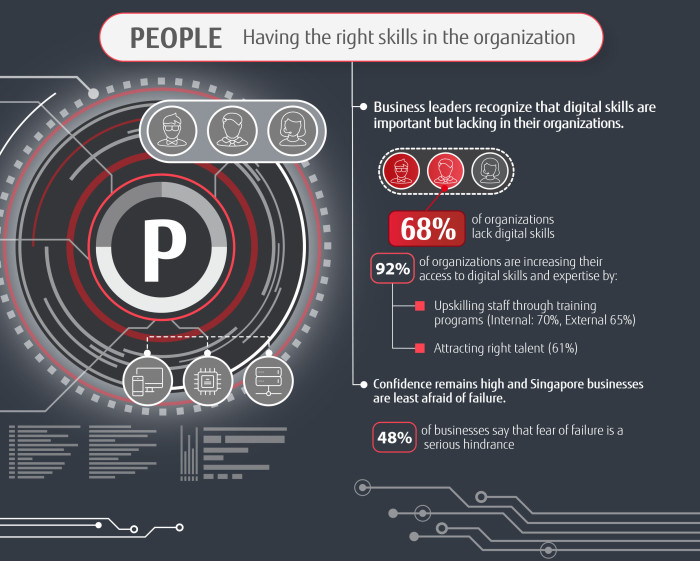 Almost all Singapore business leaders (94%) said their business has a clearly defined digital strategy. A similar number (90%) expressed confidence in the rest of the business knowing what the overall strategy is, while 92% revealed that the leadership team is involved in the planning of all digital  transformation projects.

Focus on technological change over skills, processes and, behaviours that support the change was revealed to be a problem for 66% of respondents. Another problem that seriously hindered the ability to achieve their digital strategy was revealed to be silos within their organisation (72%).

Additionally, 76% said digital transformation projects often undertaken are not linked to the overarching strategy and 74% said that shadow digital projects are the only way that parts of the organisation can complete meaningful innovation. 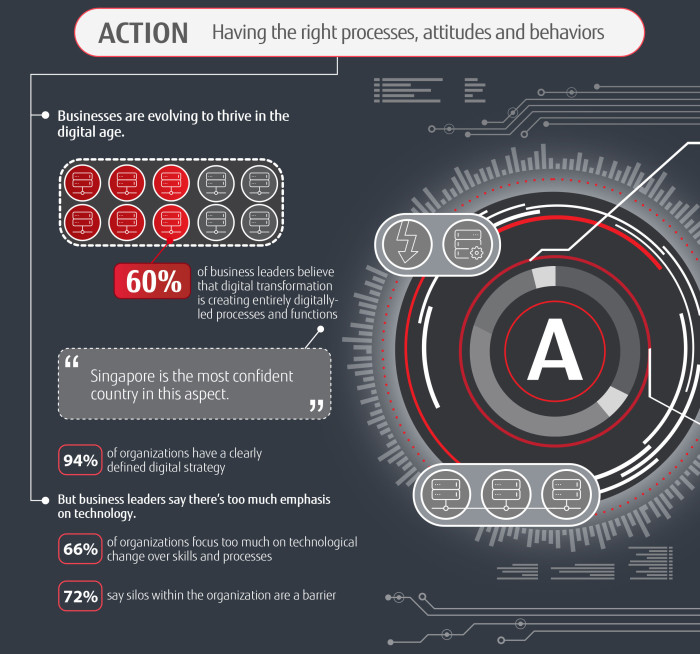 Over two thirds (68%) of businesses planned to undertake co-creation projects with most looking to form partnerships with technology experts (77%), followed by existing customers (59%) and start-ups (56%).

In line with that, 76% said they would be willing to share sensitive information such as business plans and project pipelines with an external partner as part of a co-creation project.

However 72% admitted that a lack of success in a short timeframe would quickly put an end to strategic partnerships. 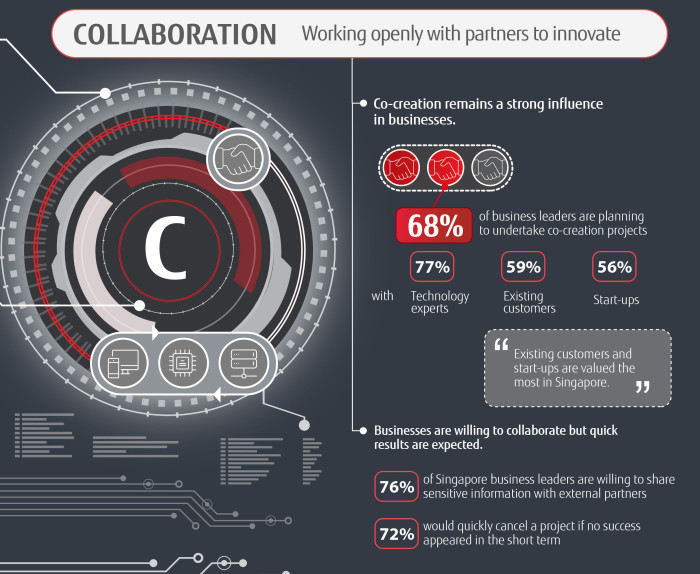 Business leaders revealed plans to implement digital technologies such as cyber security solutions (76%), big data and analytics (72%) and cloud computing (66%) in the next year.

In the longer term, big data and analytics were cited by 80% as being most important to their financial success, while cybersecurity systems were most crucial to organisational success (74%) over the next ten years.

There is a lack of optimism when it comes to businesses’ progress with digital technologies, with 92% admitting that their customers expect them to be more digital, while 60% felt they are behind their competitors in using digital to deliver for their customers.

Additionally, over two-thirds (70%) expressed concern about their organisations’ ability to adapt to digital technologies such as artificial intelligence. While another 82% concluded that it was impossible to guess who their closest competitors would be in ten years. 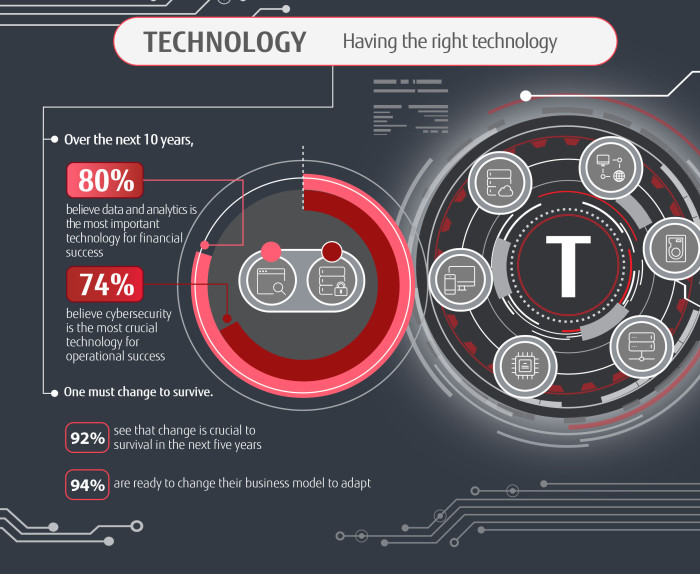 The weirdest reasons people got fired

See how OCBC Bank, 3M Singapore, AkzoNobel, Philips and Courts Singapore are celebrating this special occasion with their employee..

Female bosses encourage development and praise progress. Is this why they drive higher engagement than male bosses?..

Disciplinary action taken against 31,230 civil servants in Malaysia since 2010

Of these, 2,369 civil servants had their salary increment halted and would not be considered for promotion for 30 months. ..

All you wanted to know about salaries in Singapore this year

Latest data unveils the salary ranges for the senior-most roles across 12 sectors, including HR, banking, and marketing...

Who are the best multitaskers at the workplace?

More than 6,000 lecturers laid off in Malaysia last year

More than 6,000 lecturers laid off in Malaysia last year